Posted by The Technology Experts at Money Morning 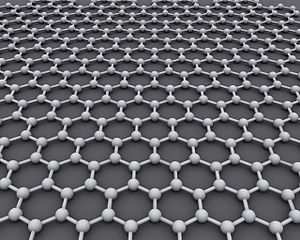 Stronger than steel and lighter than a feather, this high-tech medium will shape virtually every part of our daily lives by the end of this decade.

The possible uses are limitless.

No wonder the two scientists who discovered this substance won the Nobel Prize in physics last year. That alone should tell you something.

It often takes decades for scientific breakthroughs like this to bag the world’s biggest award. But these two Russians won it for a substance discovered just seven years ago.

If you’ve never before heard of graphene, don’t worry – most investors haven’t.

Graphene is one of the strongest materials ever created, 200 times stronger than steel and even more durable than diamonds. According to researchers quoted by BBC News, “It would take an elephant balanced on a pencil to break through a sheet of graphene the thickness of Saran Wrap.”

It’s highly flexible and can be stretched like rubber without losing its strength.

It’s the thinnest physical material in the world – 3 million sheets of graphene stacked atop one another would be just 1 millimeter thick. It also weighs virtually nothing.

It conducts both heat and electricity better than copper, and could eventually replace silicon in circuitry, potentially changing the nature of every electronic device in use today. Imagine cell phones the size of a strand of wire or big-screen high-definition televisions no thicker than wall paper – and capable of being rolled up into a one-inch tube and moved anywhere.

It’s incredibly energy efficient and a potentially eco-friendly source of power. MIT researchers recently found they could generate electric current by shining light on graphene, meaning it could be used to revolutionize solar-power collection. A separate study at Northwestern University found graphene could be used to charge lithium-ion batteries – like those used in electric vehicles – 10 times faster and give them 10 times the storage capacity of present models.

….read more about its uses and investmentment HERE