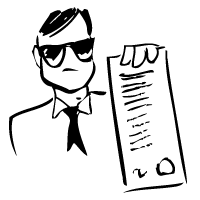 NOTE: This is a message from our friends at Personal Liberty Digest that we think you’ll enjoy. – Bill Bonner

“Bail-Ins”… Coming to a Federal Government Near You… Does Obama’s MyRa Signal the Beginning of Wealth Confiscation?

According to USDebtClock.org, our total obligations are a stunning $126 trillion dollars… not the $17 trillion the feds would like you to believe.

I’m assuming you don’t have the extra cash to spare, so Obama has just revealed exactly how he plans to get it out of you… MyRA!

Right now, I believe we are on the brink of the greatest money grab in human history.

And they won’t come knocking on your door to get it from you… they don’t have to. They’ll take it with a few keystrokes on a computer.

And to politicians your money is a veritable “pot of gold.”

Think it sounds far-fetched? Well, it’s already happening. Retirement accounts have been confiscated in Argentina, Hungary and Portugal… and a dozen other countries—including the European Union—have similar plans in place.

Think it can’t happen in the U.S.? Well, think again!

Now more than ever, it’s time to take drastic measures to keep your hard-earned savings out of the government’s grubby hands.

Claim my FREE urgent report that can show you how to:

• Bank in secret to avoid becoming a prime target!
• Use your life insurance and special “trusts” to protect your assets!
• Make your transactions and online communications invisible!
• Avoid IRS red flags!
• And much, much more to protect yourself from this grievous Government overreach!

Don’t wait till it’s too late to protect your money, your privacy and your life from the Government or any money-grubbing opportunist spying on you! I urge you—Read my FREE Report NOW!