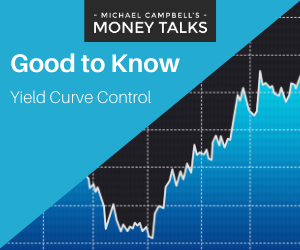 You’ll be hearing a lot about this if interest rates continue to edge up. Basically it means that the central banks create money to buy the government bonds needed to finance the deficit spending – and they buy them at low interest rates (yield). The Bank of Canada has bought over $300 billion in Gov bonds during the pandemic.
Many analysts think they’ll be forced to buy even more because inflation fears will precipitate more selling. After all, who wants to be stuck with a 10 year government of Canada bond that pays 1.5% if inflation is at 2% or more, which guarantees losing purchasing power.
During the pandemic interest rates would have been 3x higher or more because of the increased risk due to the pandemic fallout but 5% or 6% interest would push the government’s interest expense through the roof – plus cause massive losses in the bond market (remember bond prices drop when rates rise).
So the Bank of Canada stepped in – created hundreds of billions out of thin air and said we’ll buy the bonds thereby lending the government the money at record low rates.
But now rates on a 10 yr. Gov of Canada bond have moved from 0.46% in August to 1.5% in March. That’s a big difference when it comes to the cost of new borrowing.
So the big question is – how high will the Federal Reserve or the Bank of Canada let rates rise before they step in and create even more money and buy all the government bonds being sold in order to keep the interest rates down. In other words, CONTROL THE YIELD.