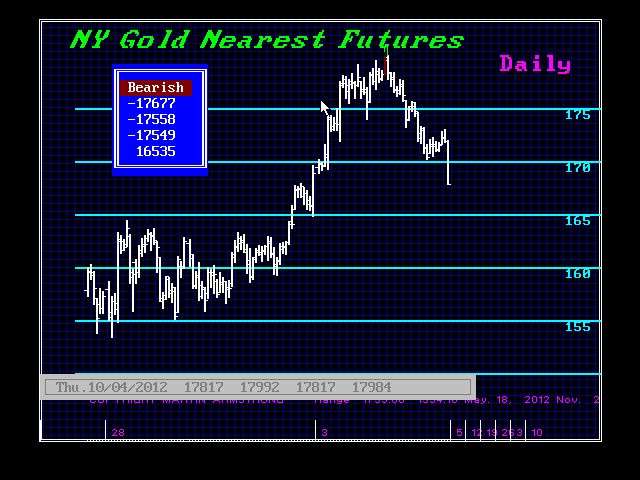 September has proven to be the highest monthly closing. The correction is under way and the Reversals have been performing as usual.

January is shaping up to be a major turning point in many markets. All of Asia has been percolating preparing for what appears to be a major Directional Change in 2013. Japan may prove to be one of the best trades on the horizon. Nevertheless, gold is still consolidating building its base. Any rise in inflation will come when interest rates start to rise. Meanwhile, this is how it looks at the current time. A special report will be provided to the conference attendees in Bangkok covering the currency and share markets for Australia, China (Shanghai & Shenzhen), Hong Kong, India, Indonesia, Japan, Korea, Malaysia, New Zealand, Philippines, Thailand, Taiwan, and Vietnam. This will be an important report for the brightest spot on the globe for the next several years.