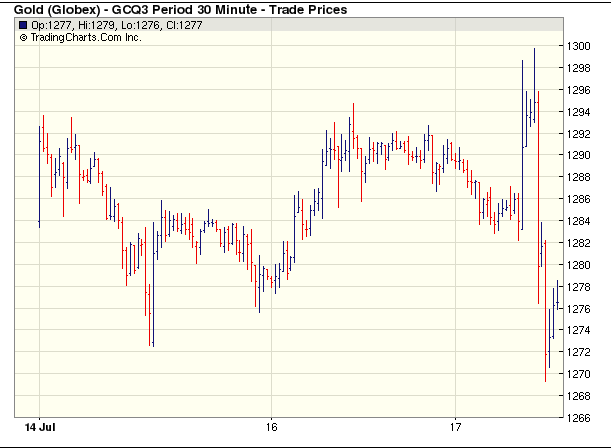 On the Comex division of the New York Mercantile Exchange, gold futures for August delivery slid 1% to USD1,277.55 per troy ounce in U.S. trading Wednesday after earlier flirting with USD1,300 an ounce.

“I emphasize that, because our asset purchases depend on economic and financial developments, they are by no means on a preset course,” Bernanke said.

Bernanke reiterated that the Fed will continue to maintain its accommodative monetary policy for the foreseeable future.

The Fed chief also overtly pointed out that the central bank’s USD85 billion-a-month bond-buying program will in fact be tapered later this year and perhaps ended outright by the middle of 2014. Easing programs are seen as destructive currencies, which in turn boosts dollar-denominated commodities such as gold.