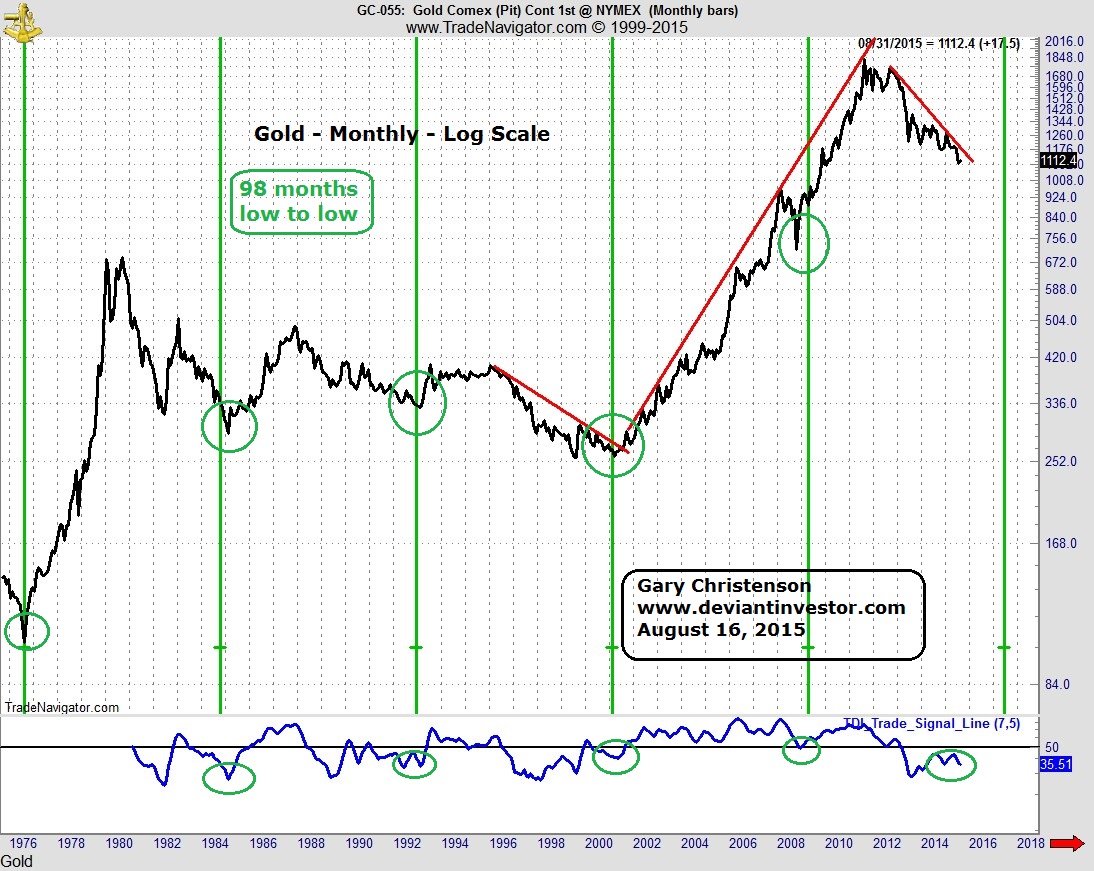 Gold maintains its value (on average) over centuries.  Can you expect similar longevity for debt based fiat currencies that are managed by politicians and created with printing presses or computers in central banks?

If “printing money” truly created wealth individuals and countries would be much wealthier since most central banks have been “printing” rapidly.  The Fed has “printed” about $4 Trillion since the 2008 crisis to bailout banks and “stimulate” the economy.  In today’s prices that would be about 3 billion ounces of gold, or approximately 30 years of global gold production.  Central banks want to manage economies by using paper and digits instead of real physical gold. Consider (all could increase the price of gold):

Yes, economic and financial conditions probably will deteriorate, central banks will print, and gold prices will rise.  The next 8 year gold cycle low is due in 2017 – it might be a short and sharp drop leading into several more years of rally toward the 8 year cycle high around 2019.  However cycles may become less important as a consequence of overwhelming economic and financial stress.  We shall see much higher gold prices, regardless of cycle influences.

Remember, this test is pass/fail so don’t overthink it.