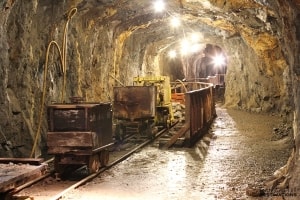 There has been a significant decline in new gold discoveries over the past decade as precious metal explorers focus on known deposits.

The world has been using gold for over 5,000 years as a store of wealth. Because it has always been a finite commodity, it has always held trade value. Currently, the price of gold is nearing a historic $2,000 an ounce due to unprecdemted money printing and monetary chaos.

Now, that same finite nature is making it difficult to discover and explore new gold mines. The known major gold mines in existence are being depleted, and it has become expensive to explore for new deposits.

There have been no critical new gold discoveries for at least three years. A mere twenty-five deposits with sound economics have been discovered within the last ten years—these discoveries amount to only 154.3 million ounces or seven percent of all known gold in existence.

The major reason for this lack of new gold discoveries is that gold mining companies have placed their focus on known deposits instead of risking funds in search of unknown and new discoveries.

Exploring for new gold deposits requires time, financial resources, and the expertise for the task. In addition, the odds of success are low. Only 10 percent of known gold deposits around the world contain the necessary amount of gold to make exploration and mining worthwhile…CLICK for complete article