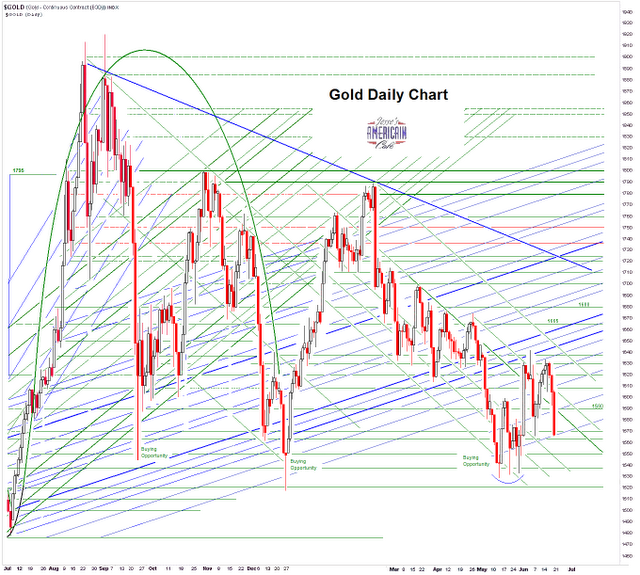 June 21/12 Stocks were shaky but unchanged this morning, when Goldman came out and issued a ‘sell’ on the SP 500.

This shook the markets, but what really started them sliding were rumours that spread across the financial news channels and trading desks that Moodys would downgrade 17 global banks tonight, with a three level downgrade on Morgan Stanley.

Now whether this was true or not, the selling increased, and stocks and commodities went out on the lows in a steady trade.

I suspect quite a bit of this was engineered by some clever boys with an eye to the Russell index rebalancing tomorrow, and the end of month tape painting next week. They were playing games with the financials trying to suck in the bulls before the Goldman announcement for example.

But let’s see what happens.

I took out the triple ETFs I owned today, including TZA and FAZ, since they had nice gains and I don’t like to hold them except for brief trades.

I won’t call bottom here for sure, but I did add a silver position for the first time in a while at this price below 27.