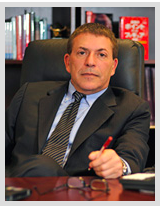 Few people believed me when I repeatedly warned that gold was still in a bear market and had not yet bottomed.

They said European Central Bank (ECB) money printing would surely light a fuse under gold and propel it higher.

They said the rising tides of terrorism and war around the world would surely send it higher.

They said inflation would come roaring back, and gold would soar.

They even claimed China was aggressively accumulating massive amounts of gold, cornering the market to make its currency, the yuan, the strongest in the world.

Some even said it will soon be known to all that our own Fort Knox doesn’t really have any gold and that our government got rid of it all years ago.

While others claimed the dollar was going to crash, and hence, gold would shoot the moon.

To each and every one of these and more stories and conspiracy theories I said, “BALONEY.”

They are all merely theories put out there by analysts who either don’t have a clue what they are talking about, or have gross conflicts of interest, pretend analysts who are really gold dealers in disguise.

Instead, I said, the main facts are these …

A. The world is awash in deflation and cash is king. You’ll be hard pressed to find inflation anywhere. And certainly not in the two biggest economies in the world, Europe and the United States.

Moreover, as I have said all along, hair-brained policies enacted by inept politicians in Europe and the United States have sent money largely into hoarding cash, which by default is bullish for the U.S. dollar and deflation, and bearish for most asset prices.

True, some money is going into alternative assets like diamonds, artwork and jewelry — but that’s big savvy money that largely wants to get off the grid.

After all, you can hop on a plane with $10 million worth of jewelry or even a Picasso, but try doing that with gold bars or coins and you’ll likely have it confiscated and possibly even end up in jail.

It can’t. Which is why all the money printing has done absolutely nothing to prevent deflation from taking hold.

C. Terrorism and war will not be immediately bullish for gold. One day — in the not-too-distant future — the majority of investors will wake up and smell the coffee: That Western governments of the world are going broke, and as a distraction, are engaging in policies that provoke both civil and international unrest and even war.

When that time comes, then gold will start to explode higher, with or without inflation. But for now, the majority of investors don’t know what’s going on.

So with almost every bounce in gold, they buy more. And then they get chewed up and spit out as gold plummets still lower.

This is a necessary process in the bottoming of any market, not just gold. The majority of investors cling to the wrong side of the market, almost all the way down.

D. China is not looking to corner the gold market. I’ve said this before and I’ll say it again until I’m blue in the face.

A gold standard, in any currency, is ultimately contractionary and deflationary. It has never once worked, despite what anyone tells you.

It can’t work. Why? Because authorities in charge of setting the official exchange rate between gold and paper money can change it at will. And because it subjects an economy to the nuances of new supplies of gold, or the lack thereof.

If China were to impose a gold standard, its economy would implode. It’s that simple and Beijing knows it. Moreover, as I have also stated many times before …

2. China invented paper money. During the Tang dynasty (618-907). Known as “flying cash” that was backed by copper-based hard money, the paper notes were soon replaced by paper money with bank seals.

China’s paper money invention traveled westward with the Mongols, and by 1661, Marco Polo brought the paper money concept to Europe.

In addition, as I have also stated before, many Western central banks will end up selling gold. Why? Two simple reasons:

1. Many are flat broke and need the cash. Greece will be among the first to dump gold (or be forced to). Portugal, Spain, even Italy and France will ultimately sell gold. As will other bankrupt European countries.

Instead, they are actively pursuing electronic currencies — so they can track and tax you and even shut down the banking system at the press of a button.

So what’s next for gold? How low can
it go before it finally bottoms?

Subscribers to my Real Wealth Report and my premium trading services have my more specific targets, as they should.

So all I can tell you right now is …

A. Gold will likely soon bounce higher. That in turn will get many analysts and investors excited, proclaiming the bottom is in. But …

B. Once that bounce is over, gold will cascade lower to well below $1,000 before bottoming.

So don’t be fooled. Gold will go still lower. And so will silver, platinum and palladium.

If you own inverse ETFs on any of the precious metals that I have suggested in the past, hold them. I’ll let you know when precious metals have bottomed so you can grab your profits.