Gold as a System Hedge 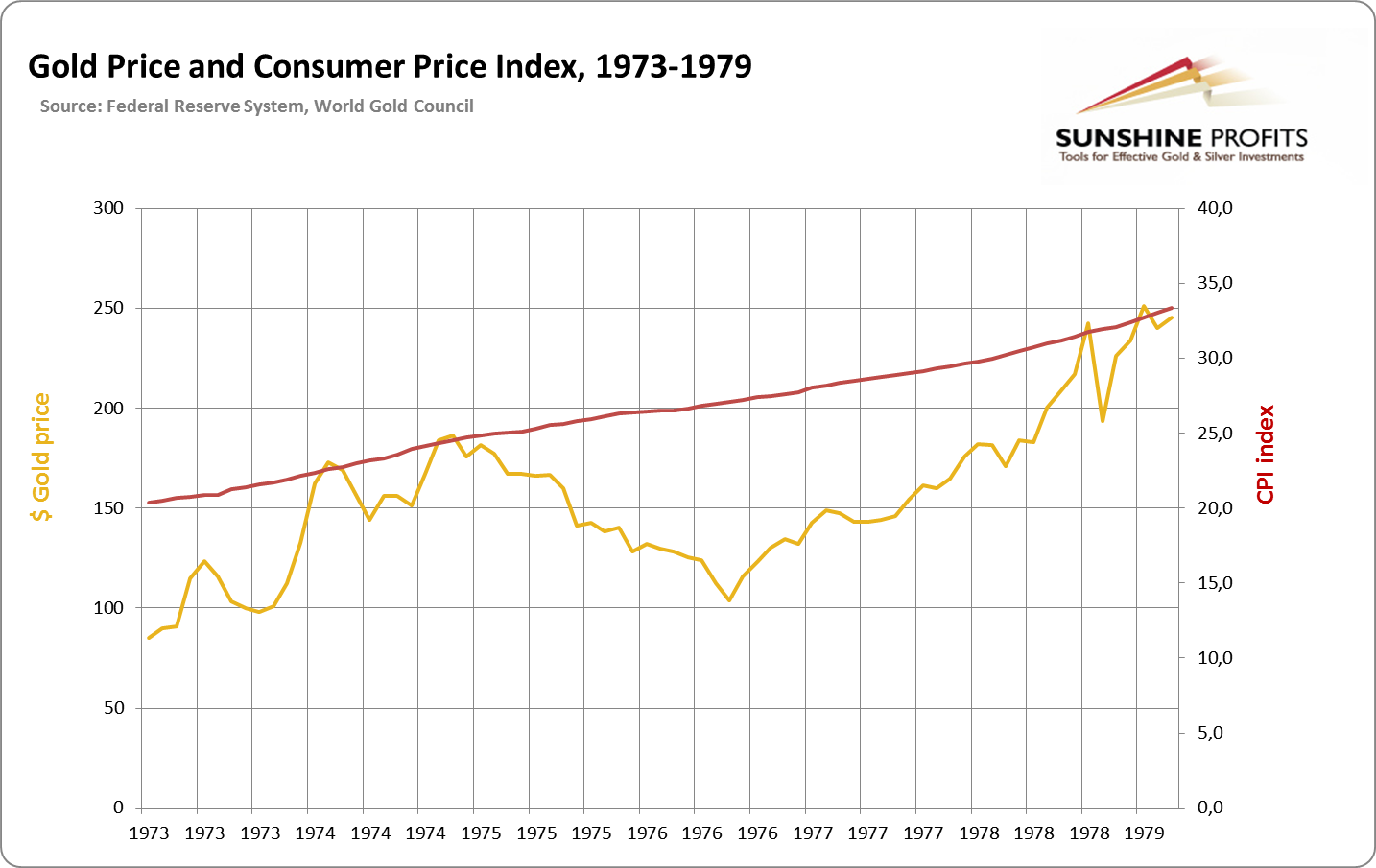 Last week we focused on the idea that gold is not an inflation hedge. Today, we will develop this notion even further. If we’re talking about gold as a hedge, it is rather a system-hedge than an inflation-hedge. Since 1973, when the dollar was allowed to float, gold has confirmed this view. After the 1980s recession and end of the short-lived gold bubble Volcker tamed the dollar, which renew trust in it. The next 20 years were times of a noticeably strong dollar and stronger faith in this paper money. The conditions also paved the way for enormous increases in debt of the economy, which transformed the United States into the greatest debtor in the history of human civilization. During that time despite positive inflation gold was dropped as a “currency alternative”, therefore lost its value. The dollar was drained by mild inflationary forces; gold did not keep the pace and went down: With oversupply of US dollars, the credit situation was reversed in the 21st century. Over indebtedness in the American economy has shaken the trust in the dollar-dominated system (especially due to agency debt and private debt). As Paul Samuelson called it, the “run on dollar” was triggered from 2001. This was visible in the decline of the dollar against other currencies, and also gold became a reliable alternative. The pace of inflation was overall no more impressive than it was for the previous 20 years. Yet suddenly the relation between gold and dollar had shifted, and the price of gold grew at a much higher pace than the dollar was losing value. Why? Because of the system dynamics and lowered trust in the dollar.

In any case gold is not really an inflation-hedge. It is a special investment vehicle that requires careful focus and analysis separate from only inflationary forces. Those forces no doubt affect the gold market. But not in a way many people often suggest, and in a way which may lead to misplaced investments.

The above is a small excerpt from our latest Market Overview report. The full version includes much more in-depth analysis of this and other fundamental factors that are likely to affect the gold market in the near future. You can sign up for these reports here.

All essays, research and information found above represent analyses and opinions of Matt Machaj, PhD and Sunshine Profits’ associates only. As such, it may prove wrong and be a subject to change without notice. Opinions and analyses were based on data available to authors of respective essays at the time of writing. Although the information provided above is based on careful research and sources that are believed to be accurate, Matt Machaj, PhD and his associates do not guarantee the accuracy or thoroughness of the data or information reported. The opinions published above are neither an offer nor a recommendation to purchase or sell any securities. Matt Machaj, PhD is not a Registered Securities Advisor. By reading Matt Machaj’s, PhD reports you fully agree that he will not be held responsible or liable for any decisions you make regarding any information provided in these reports. Investing, trading and speculation in any financial markets may involve high risk of loss. Matt Machaj, PhD, Sunshine Profits’ employees and affiliates as well as members of their families may have a short or long position in any securities, including those mentioned in any of the reports or essays, and may make additional purchases and/or sales of those securities without notice.