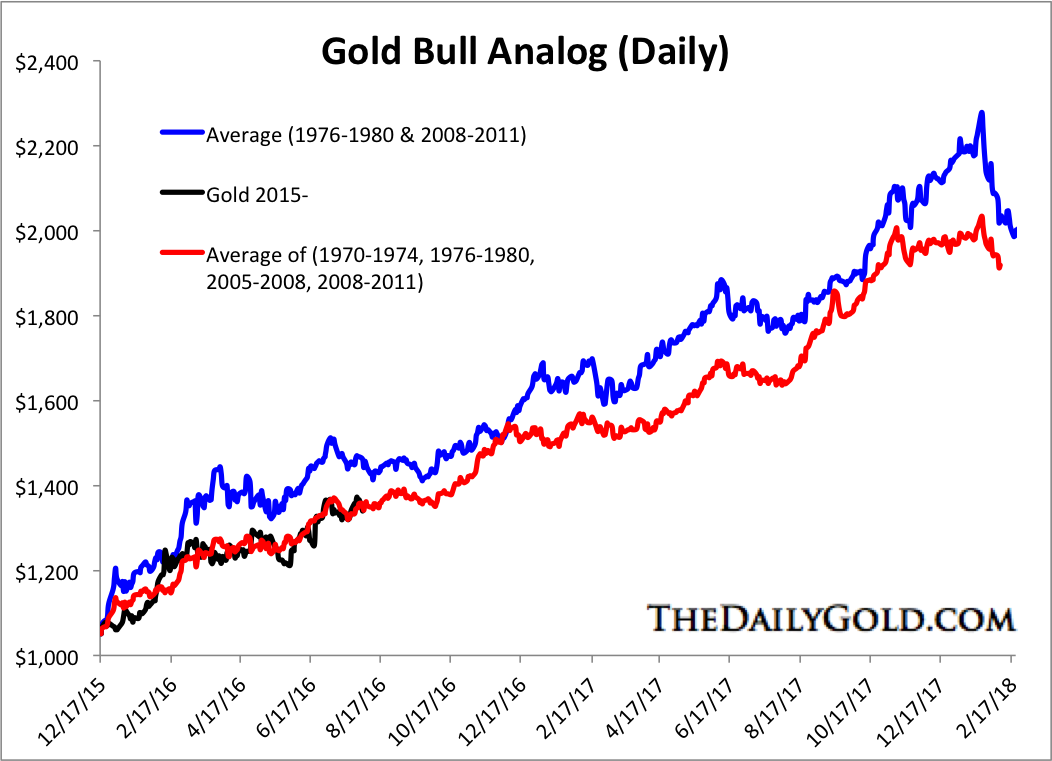 Over the past two weeks the precious metals complex has retested its Brexit breakout and rebounded back to the July highs. Today’s jobs report has pushed the complex lower but has delivered an opportunity to cash heavy portfolios which have missed the bulk of the move. With that said, we wanted to share our current analog charts for Gold, gold stocks and junior gold stocks which suggest continued upside potential in the sector. Turning to the stocks we find that the large miners are fairly extended at present. The HUI is currently above the other two rebounds. If the HUI continues to follow the path of the last cyclical bull market (2008-2011) then it has somewhat limited upside. However, considering my research and analysis, the recent low in gold stocks figures to be quite a bit more like the 2000 low. By following that path the miners could triple over the next two and a half years. My own research and discussions with industry sources (folks with more experience and knowledge than me) leads me to believe the best value is currently in the juniors and the smallest juniors. My junior index bull analog chart shown below confirms that view. My index has already tripled but has plenty of upside potential over the next six months and two years. Thus far Gold and gold stocks appear to be tracking history quite well. If the bull market continues then these charts should continue to provide some context as to where things could go. History is a very good guide but it is not perfect. No indicator by itself is infallible. In addition to historical analogs we also employ technical analysis, intermarket analysis and various sentiment indicators. We reiterate our view that precious metals are in the early stages of a cyclical bull market that has a chance to turn into a full blown mania. Our views are always subject to change but we remain bullish over the near term.