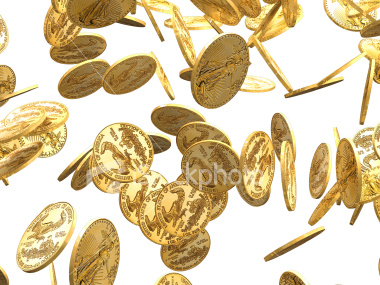 The Dollar was Weak, despite Gold prices and the dollar usually trading opposite each other. Both gold and silver prices plunged sharply Tuesday along wih the dollar  — as lawmakers failed to make progress over resolving the fiscal cliff. Spot gold prices fell $25 and  SPDR Gold Shares (GLD), gapped down 1.10% to a four-week low, in heavy volume. GLD failed to break above its key 50-day line, which is very bearish. The next level of price support lies at the 200-day moving average, 2% below current levels.

Peter Grandich in his last interview of 2012 said before yesterday’s plunge that we shouldn’t be surprised if we see one last smack down for good measure. Further he also said that  it could very well continue until after the Presidential inauguration for Political reasons. in an Peter’s great audio interview can be listened to HERE

On monday before the slump Mark Leibovit also said HERE “My ‘gut’ feeling is that another big ‘smackdown’ is being orchestrated, so personally I’m keeping my power dry just in case”. Mark, like Peter Grandich, is long term bullish.  As Mark always says “anytime is a good time to buy Gold & Silver. Dollar-cost-average”! The expression goes: ‘Don’t wait to buy gold – buy gold and wait’!

“This correction isn’t over,” Tom O’Brian, CEO of TFNN, an investment education firm, and editor of “The Gold Report” in Clearwater, Fla., wrote in a client note Tuesday. “Both, the physical metal, and the silver and gold equities, are now making a run to their November swing lows.”

Harry Dent, founder of HS Dent, an economic research firm in Tampa, Fla., attributed the sell-off to traders taking profits ahead of the fiscal cliff at year’s end. He remains bullish on gold on the expectation that China, Europe and the Federal Reserve will undergo more economic stimulus. He is looking to buy gold if it falls to $1,660 an ounce.

Gold hasn’t behaved as expected for Rich Winer, president of Winer Wealth Management in Woodland Hills, Calif., with $20 million in assets under management.

“I had thought that gold would do well as a result of central banks keeping interest rates low and implementing stimulative policies,” he wrote in an email. “However, since my initial prediction, the dollar has strengthened and gold has not done as well.”

PowerShares DB U.S. Dollar Index Bullish (UUP), also fell to 21.77, a six-week low. Gold prices and the dollar usually trade opposite each other. A weakening dollar normally increases prices of dollar-denominated commodities. UUP is trading below both is 50- and 200-day lines, which indicates a very strong downtrend.

Market Vectors Gold Miners ETF (GDX) fell as much as 2.6% at the opening before regaining all of its losses. It’s trading below both its 50-day and 200-day moving average, which indicates a strong downtrend.

The Federal Reserve’s quantitative easing programs haven’t generated the inflation that the gold bugs expect. Although the Fed has significantly increased the money supply, it’s not being circulated as intended.