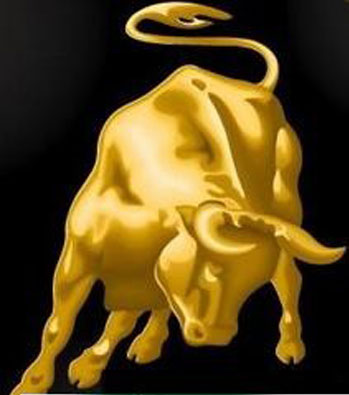 “Give me control of a nation’s money and I care not who makes the laws.” Mayer Amschel Rothschild

Ed Note: Sage advice also comes from Richard Russell whose Dow Theory Letters is the oldest service continuously written by one person in the business. He’s old. Russell was a bomadier on a B-25 over Europe when another legendary Marketeer, Jim Rogers, was yet still a glint in his father’s eye.

Indeed, while Russell was thinking about markets and bombing the living daylights out of Hitler another potent financial legend, Bernard Baruch, was whispering into Roosevelt and Churchill’s ears.

He not only lived through the 1929 Stock Market Collapse, the following Depression, booms, war, peace, good times and bad times…….he was well experienced and able to call important bottoms and tops like the1949-’66 bull, almost to the day the bottom of the great 1972-’74 bear, the beginning of the great December 1974 bull market and so on. All the while both protecting his customers from and helping them gain after from the big bear market smashes like 1987 and 2007.

Richard on Yesterday’s Drama: “I thought the quote above fit right into today’s situation.  And, of course, the Federal Reserve has control of our money in the USA.  But the very extent of the Fed’s control is unprecedented … My PTI sees the market heading higher.  I checked with the latest statement by Fed head Bernanke, and it’s clear that come hell or high water, Ben Bernanke will do everything in his power to send this market higher.  This market lives and dies by the latest edict from the Fed.”

“Last but far from least, I received Barron’s Saturday morning, and right there on the upper right-hand corner of the cover page I read the fateful words, “Dow 15,000 Very Likely By Year End.”  Ah hah, Barron’s not only gave us a number, but they also gave us a time. The time is — “By the end of the year.”

“Yes, I know that this market is uncorrected during its long rise from the 2009 low, and I know that there are risks in buying an uncorrected advance that is becoming uncomfortably long in the tooth, but my suggestion is that my subscribers should take a chance (after all, Columbus took a chance) and take a position in the DIAs”.

….Richard has more charts and much more to say HERE