Global Warming and Other Superstitions 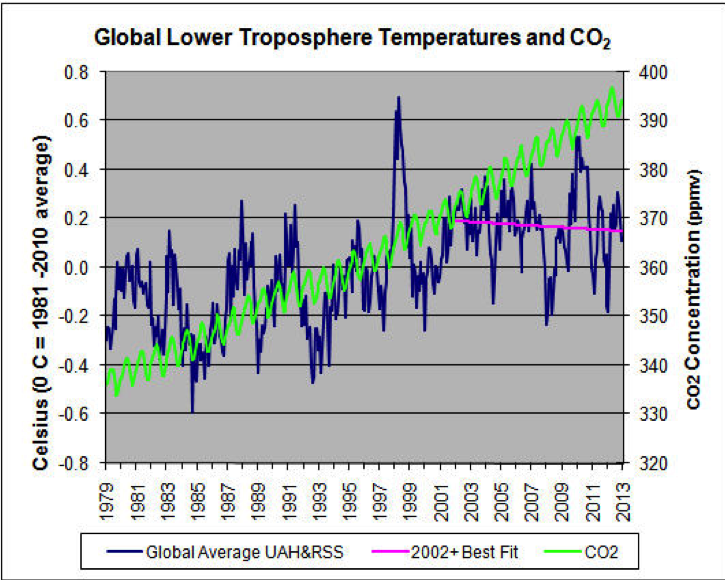 Each of the three great experiments in authoritarian government in the senior economy included some promotional inspiration. As Rome was corrupted from a republic to a police state the “Genius of the Emperor” provided compelling guidance. In the Sixteenth Century “Papal Infallibility” provided the front for a venal and corrupt bureaucracy. The current financial experiment started around 1900 and essential dogma has included the omniscience and omnipotence of central bankers.

The wonders of extremely intrusive government under the label of Communism was rejected by an always dissatisfied and, in 1989, suddenly critical public. The fall of the Berlin Wall was the symbol.

Just as suddenly, full-on socialism could not be sold to the public by control freaks. “The Freeman” in the early 1990s had an article that named the names that turned to environmentalism as a possibly more successful way to impose control. The most successful and at the same time the most dangerous within this political movement has been “Anthropogenic Global Warming” (AGW). Then, the promoters discovered that the climate has been warming for some 12,000 years and the pitch was morphed to “Climate Change”. The labels also included “Greenhouse Effect” and no matter what the weather event the “cause” has been the evils of free-market economies.

Research behind the effort was quite limited – the assumption has been that there has been only one influence upon the climate and that is atmospheric carbon dioxide. This was an IPCC selection from all of the influences upon climate. The main ones are solar energy, which is variable, and the amount received at the Earth’s surface, which also varies. Both variations are periodic – as are consequent warming phases and cooling phases.

On the nearer-term, Solar Cycle 23-24 has been the weakest since 1913. Solar physicists, Livingston and Penn, have been working on the possibility of diminishing solar output since the mid-1990s. A link to the 2008 review of their updated paper follows.

Subject: Livingston and Penn paper: “Sunspots may vanish by 2015′′. | Watts Up With That?

In early January, the UK Met Office quietly released their study that temperatures have not increased since 1998.

The chart below clearly shows the “Maunder Minimum” and the “Modern Maximum”, which is the period of unusually high output that prevailed from the 1940s to the 1990s. Prof. Solanki at the Federal Institute of Technology in Zurich states that this is the sun’s brightest period in a thousand years. Temperatures have been at the highest in a thousand years, but not as high as with the Medieval Maximum.

The latest warming trend seems to have stalled out, naturally, almost 15 years ago. The following chart (1979 to date) plots temperature history (blue line) trending sideways. CO2 (green line) is still going up. If the Left’s theories about CO2 were valid the rise in global temperature would be getting steeper. It isn’t. As in “paper covers rock”, solar energy trumps CO2. Note CO2’s remarkably regular seasonal variation. This is explained as due to seasonal variation from plant life (land and sea) changing from emitting CO2, to absorbing CO2. Global commercial and industrial activity does not show the equivalent variation.

Solar activity has been diminishing since and recently solar physicists have provided the research that explained and anticipated the decline to the lowest minimum since 1913. The current cycle has been scheduled to reach its best this year (one review expects this leg up to peak at 84 in August) and then turn down. Livingston and Penn called for a significant decline in solar activity and the numbers are confirming it. Within a couple of years it could be concluded that the Modern Maximum is over. That the trend could continue to another minimum that would be as severe as the Maunder Minimum is uncertain.

The main thing is that IPCC was run by a political caste that selected theories about climate disaster and when necessary data were cooked to “prove” otherwise unsupportable notions. The goal was to create hysteria that could only be remedied through massive increases in taxation and intrusion upon private life.

The advance of science has always depended upon skepticism, sound data and logic. This authoritarian age has created some interesting departures. Throughout mankind’s history we have thrived during climate warming and suffered during extensive cooling. The IPCC insists that for the first time in history warming is harmful. Oh well, it goes with the ideology – the Berlin Wall was the first wall ever built to keep the people in rather than the bad guys out.

The last time the authoritarians made it dangerous to hold scientific theories that denied the politically correct ones was at the end of the last great experiment in intrusion. In the early 1600s Galileo was condemned for denying that the solar system rotated around the Earth.

A couple of pieces we published in 2009 concluded that the mania about “AGW”, or “Climate Change” was peaking. These are attached.

Ambitious authoritarians promoted that only one thing was influencing climate change and that is the amount of CO2 in the atmosphere. That it makes up only 0.038% of the gases surrounding our planet does not matter. Nor does the long history whereby the amount of CO2 lags temperature change by some 400 to 800 years.

Of course, ambitious governments using one focus for control have not been limited to climate hysteria. Beginning in the early 1900s financial adventurers touted that a US central bank would end financial panics and disguised as the Federal Reserve System it was imposed. Original and subsequent promoters seem to have overlooked that the tout behind the formation of the Bank of England in 1694 was that it would “infallibly” lower interest rates. Naturally, to prevent financial disasters. There have been many since – usually two or three big ones per century. Sometimes severe enough for the establishment to distress itself about the inadequacies of the prevailing banking system. The other part of the pattern is that the same establishment during a financial mania boasts the current government financial agency will prevent things from going wrong.

The Fed was the first of over-rated concepts that were selected to serve authoritarian ambition.. The next was the grand idea that a central agency can and should “manage” a “national” economy. Keynesian theories were selected because they enabled a massive expansion of government, which extended its power through mainly one thing – the amount of money in circulation. Warm-mongers have been obsessed about atmospheric CO2 and policymakers have been obsessed about M1, M2, etc.

Financial history has a long record of dynamic economic expansions turning into eras of magnificent asset inflations – including financial assets. After the huge expansion of credit a long post-bubble contraction has followed. The feature of which has been severe recessions and weak recoveries.

Essentially on a global scale, when policymakers have discovered that there is no such thing as a “national” economy.

The financial mania that climaxed in 2007 virtually replicated all of the great bubbles since the first one in 1720. Ours was number six and 1929 was number five. And the record is that the senior central bank has never been able to keep a bubble going and has never prevented the lengthy post-bubble contractions.

The next few years are going to be very interesting. Solar activity and its influence upon the warming trend that began out of the exceptionally cold winters of the late 1600s is ending. The Maunder Minimum became the Modern Maximum and the latter is ending. This would be supported by the sunspot count resuming its downtrend in the fall.

The establishment has been boasting that by manipulation of only one gas society can be saved from a self-inflicted climate disaster.

In 2007 the establishment boasted that through manipulation of interest rates a financial calamity was impossible. They had a “Dream Team” of economists. Then the same establishment admitted that it was the worst recession since the last Great Depression. Then they boasted that without their “stimulus” the 2008 Panic would not have ended. Now they admit that this has been the weakest recovery since the 1930s. This is the basic pattern of a post-bubble contraction.

The first business expansion out of the Crash is becoming mature and any weakening will be dangerous to an economy still over loaded with debt.

It should be understood that great financial manias and their consequent contractions have been regular events, as has been an unusually active sun and its recent decline. Mother Nature will continue to prevail. Implacable market forces will insist that debt be contracted and solar physics has arranged for a significant decrease in solar output.

“During the last 20 to 30 years, world temperatures have fallen, irregularly at first but more sharply over the past decade. Judging from the record of past interglacial ages, the present time of higher temperatures should be drawing to an end…leading into the next ice age.”

“The overwhelming majority of climate scientists agree that human activities, especially the burning of fossil fuels (coal, oil, and gas), are responsible for most of the climate change currently being observed.”