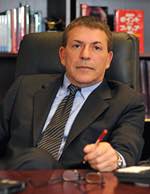 Let me cut right to the chase: The global financial markets … entire economies … and even political systems and philosophies — will soon start spiraling out of control.

So don’t kid yourself. The relative calm in the markets of late is a freak occurrence. You’re about to see plenty of action. We will hit the back wall of the financial hurricane that started in 2008. That part of the financial crisis where the governments of the world stepped in to try and save things, but which are now infected with an even worse disease: Debt-to-GDP ratios that over the next five years will bankrupt first Europe, then Japan and then, the United Sates.

It won’t be pretty. It will affect everything you do. Everything you own. Every investment you make. Your lifestyle. Your children and grandchildren’s future.

No, I am not being an alarmist or screaming fire in a packed theater. I am merely telling it like it is, for if you understand the forces that are now converging upon the world, you will see the same things coming that I do.

Just take a look around:

Financial markets are starting to swing wildly. Everything from stocks and bonds, to commodities are now on a roller coaster. Whenever that happens — especially after a period of relative calm — it means something big is coming.

Big moves that could destroy your wealth in a heartbeat. Or, big moves that you can capitalize on for big profits. The choice is yours.

Entire economies are quaking. Europe is the worst of them. But there are also problems in China (though they won’t derail China’s long-term growth). There are problems in Australia, Canada, Great Britain. In Brazil, Argentina, Mexico, Venezuela. In Russia.

And then there’s the Middle East, where countries are being kicked in the butt by still low oil prices, not to mention rising domestic unrest and terrorism.

All part and parcel of the rising war cycles that I’ve been warning you about, conditions that will not abate until at least the year 2020.

So why is all of this happening? Why will it get worse in the years ahead?

It’s actually very simple: You are witnessing the death of communism and Western-style socialism.

It is not the demise of capitalism, as so many think. It’s the opposite:

While at the same time finding scapegoats in the form of other countries, other political systems and parties, to blame.

We are entering a crash and burn phase for government. Especially Western governments and their socialist and safety net experiments of the last several decades. Of their currency experiments, their trade wars, their inept policies, bureaucracies, tax systems and more.

It will manifest itself mostly in the sovereign bond markets of Europe and the United States, where interest rates started moving up — and bond prices started falling — even before Janet Yellen started talking about raising rates. And all the chickens will start coming home to roost, when the citizens of those countries … and investors everywhere … realize that the emperors of western socialized countries — their leaders and governments — really do have no clothes.

And then, nearly all markets will swing even more wildly than they are now.

I repeat: This is the first year of five years in total that will be a roller coaster ride through hell. And unless you start preparing now, it will gut your wealth.

First, stay out of U.S., Japanese and European government debt. No matter what anyone tells you, sovereign debt markets are soon going to become the biggest disasters of all time.

Second, steer clear of all foreign currencies. Stay mostly in dollars. I know it seems illogical, but it isn’t. As the global economy weakens and geo-political tensions domestically and internationally ramp ever higher, wreaking havoc in almost every corner of the globe …

More and more savvy money will flee to our shores and to the dollar — even as our bond markets tumble.

Third, build your own war chest, to go after the opportunities that are coming.

Some of the opportunities I see coming …

The profit opportunities for the rest of this year and onward will simply be off the charts. It’d be foolish not to go after them.