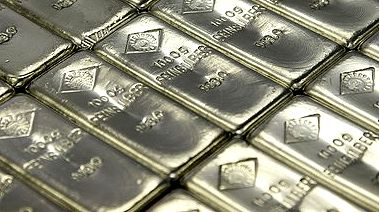 The recent furor over Germany’s request to audit its gold reserves being held by central banks in New York, London and Paris has highlighted the fact that there is even more reason to have one bar in hand versus two bars in the bush in today’s uncertain world.

The controversy arose after the Bundesbank’s official requests for a full audit of German gold reserves were apparently been turned down by the foreign central banks responsible for storing the bulk of German gold.

These central banks include the Federal Reserve Bank (1,536 tonnes), the Bank of England (450 tonnes) and the Banque de France (374 tonnes). The Bundesbank keeps just 1,036 tonnes of the county’s gold reserves in Frankfurt.

Of course, the whole point of buying precious metals as an investment in physical form is that they are a relatively easy way to store wealth for the common man. Nevertheless, the modern strategy would be to use the leverage available with precious metal ETFs, futures or options.

The status quo also tends to scoff at paying any premium for physical precious metals, since you could just buy more paper ounces using the premium you would have paid for physical.

They also argue that you may also have to pay to store the physical safely.

The physical premium is typically computed as a function of inventory management, including storage costs and time of delivery factors. Also included are the costs associated with keeping the doors to a low margin business open for all the fledging dealers, which is especially true for precious metal in bullion or non-numismatic form.

Unfortunately, for the elite or wealthy investor, the idea of taking physical possession is still a very radical concept. Only a relatively small percentage of the very small amount of precious metals allocated to the average portfolio is actually stored personally.

Apparently sovereigns like Germany found the idea of holding physical metal in their own vaults just as unromantic. Nevertheless, Germany has recently discovered that getting back all of its 2,360 tonnes of physical gold stored with other central banks may not be as easy as just asking for it.

The reason for sovereigns participating in an overseas gold storage program are numerous, and for many countries are mostly political, but the overseas storage issue is providing a textbook case of the importance of direct control of some, if not all, of one’s wealth.

Now, with unprecedented issuance of debt and rampant paper money printing programs disguised as quantitative easing, the reasons for taking control of your assets are becoming a matter of economics. While this may be bullish for metal prices, the irony is that it could also be a precursor to a move to nationalize precious metal mines.

Venezuela was one of the first countries to request the repatriation of its gold reserves in modern times. More recently, the list of sovereigns repatriating gold has grown, and Germany has announced plans to repatriate 50 tonnes per year from the New York Fed over the next three years.

In addition to Germany’s audit requests, countries including Switzerland, The Netherlands and Ecuador have also requested audits of their gold reserves held abroad by other central banks.

Like the Chinese government and many concerned individuals, these countries may all be stealthily accumulating physical gold, which is being facilitated by the ongoing paper market manipulation aimed at keeping physical precious metal prices low.

One wonders if they could be preparing for the eventual demise of the vastly overprinted U.S. Dollar, which may in turn herald the introduction of a new global reserve currency?

Obviously, none of these sovereigns is buying silver, because there is simply not enough physical silver left at prices anywhere near the current levels trading in the paper market.

For more articles like this, and to stay updated on the most important economic, financial, political and market events related to silver and precious metals, visit http://www.silver-coin-investor.com