4 Moves to Make After Russia’s Annexation of Crimea 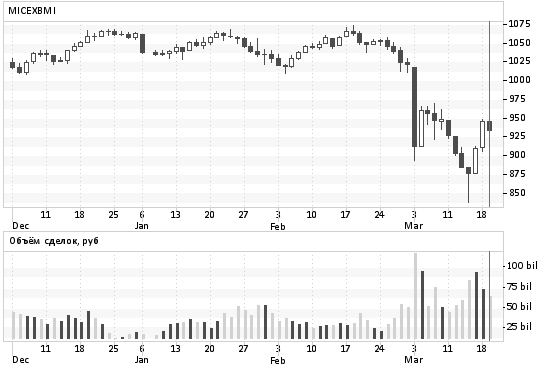 Everybody has his own view on Russia’s annexation of Crimea…

A righting of historical wrongs? A breach of international rules? A land grab? Colonization? A rescue mission? Self-determination in action? Take your pick.

What is clear is that Russia will now add Crimea to its territorial and political map. And this has the EU and the US in a flap.

So, how should you respond to events in Crimea?

First off, resist the temptation to invest on the basis of headlines… unless those headlines are helping create opportunities to buy quality assets at steep discounts.

If you already own Russian stocks, in other words, don’t let scary news headlines distract you from your original investment case.

Simply put, the more diversified you are the less any single event (such as a Russian incursion into Ukraine) can hurt your portfolio. If events in Crimea are having a significant impact on your portfolio, something is wrong. And you need more portfolio diversification.

In this case, what assets will benefit from heightened tensions between Moscow and the West?

The nuclear industry… and uranium producers… are also likely to do well, as Europe looks to reduce its dependence on Russian natural gas… something leaders there are going to be a lot less comfortable with following the Ukraine-Russia crisis.

“Safe haven” investments such gold will also benefit from heightened geopolitical uncertainty – especially if an emboldened Putin decides to press on for territorial gains in Ukraine. (After all, who’s going to stop him?)

We recommend you always have some gold in your portfolio as “insurance” against these kinds of unforeseen events. Democracy? Forget about It…

by Bill Bonner – Diary of a Roque Economist

– Vladimir Putin talking about US and the West

Once again, world politics dominate the news. The Crimea drama is over… finished… done. The Russians did what you would expect. So did the Crimeans.

Crimea has voted overwhelmingly to join Russia. And the markets seem to be celebrating. The US stock market, as measured by the Dow, rose 88 points yesterday. Gold – the antidote to crises of all sorts – dropped $13 an ounce.

We promised a second foray into the time that land forgot – that dark future where things that couldn’t go on forever finally stop. The question on the table yesterday was “when.” We had no answer to it.

The question today is “how”… about which we have more to say… so much that we will have to leave it until tomorrow. Instead, we will riff on world politics… about which we know even less than we know about economics!

The people of Crimea have spoken, at least according to what they claim to be fair referendum results (although the EU and the US dispute them). Naturally, the defenders of democracy are appalled. The LA Times reports:

In the most direct East-West confrontation since the Cold War, the White House and the European Union imposed sanctions against more than two dozen Russian and Ukrainian officials Monday and threatened more penalties if Moscow does not back down in Crimea. However, Russian President Vladimir Putin issued a decree that recognized Crimea as “sovereign and independent” after Sunday’s overwhelming vote there in favor of secession from Ukraine.

UK Foreign Secretary William Hague, speaking in the British House of Commons Tuesday, said Russia was “choosing the route of isolation, denying the citizens of his own country and of Crimea partnership with the international community.”

Hague also warned of “a grave danger of a provocation elsewhere in Ukraine that becomes a pretext for further military escalation.” German Chancellor Angela Merkel said the “so-called referendum” and the acceptance of Crimea to the Russian Federation was in violation of international law.

Why are folks in the West so animated? Isn’t the principle of self-determination enshrined in the Declaration of Independence… and wasn’t it repeated in the setup documents for the League of Nations… as well as the United Nations?

Isn’t the right of people to decide for themselves by whom they will be misgoverned the sacred foundation stone of democracy?

Oh, dear reader, sometimes you surprise us. “Self-determination” has always been convenient BS. It is only handy when you have the guns to back it up. Otherwise, it is just air.

America’s greatest and bloodiest war – the War Between the States – proved it. You can talk about democracy all you want; but when push comes to shove, the pushers always shove you around.

Compare Putin with Lincoln. Putin invaded Crimea, where people overwhelmingly wanted him to come. Lincoln invaded Virginia, where no one wanted him.

As far as we know, Putin’s men didn’t fire a shot. Lincoln’s troops shot at everything that moved. By the time they were finished, one out of four white men of fighting age in the South was dead.

And then, after the troops were firmly in control of their prize, do you remember Lincoln offering the South a chance to vote on whether they wanted to rejoin the North?

And where was the declaration that the South was sovereign and independent? We must have missed it.

Nobody really gives a damn about democracy or self-determination. And perhaps for good reason. Alexander Boot in Britain’s Daily Mail:

According to Freedom House the world didn’t boast a single democracy in 1900. However, in 2007 there were supposed to be 123 democracies out of 192 existing countries…

As the shift from zero to 123 occurred in the 20th century, then, according to democracy worshippers, it ought to be regarded as the sunniest period ever. Instead, somewhere between 400 and 500 million people died violent deaths at the time – more than in all the other centuries of recorded history combined.

Moreover, some of the most horrific massacres ensued after failed attempts to implant the saplings of one-man-one-vote democracy into a soil all too ready to reject them. Russia and Germany spring to mind, but then you can name your own examples from just about every continent.

Woodrow Wilson, one of the neocons’ icons, dragged America into the First World War under the slogan of “making the world safe for democracy.” The principal warring parties were perplexed, considering that France was already a republic, Britain a constitutional democracy with a fine parliamentary tradition, while Germany, Austria and even Russia had functioning parliaments, even though the last had been struggling to come to terms with it. And all those parliaments craved war.