Forget Tesla, THIS is the Future! 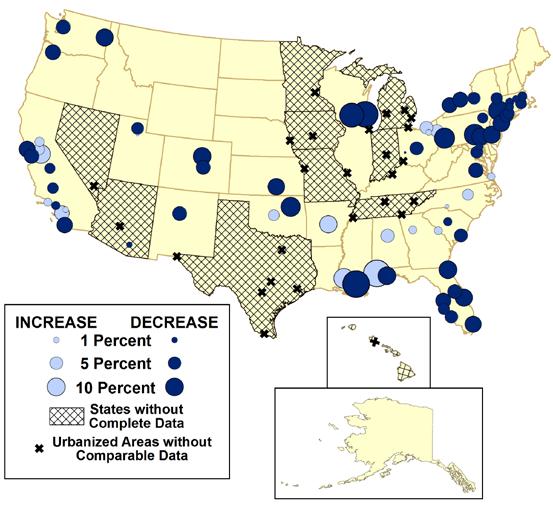 Our street was populated with a handful of early risers sweeping off a few inches of wet powder from their idling cars.

Fortunately, I worked from home, so I wasn’t among those fighting the morning arctic bite, stressing out over whether or not the roads would be an ice skating rink.

Of course, it really wasn’t all that bad.  After all, it wasn’t long ago that the city of Baltimore stood vulnerable to nearly four feet of the white stuff, leaving most daily commuters outside of the city trapped indoors.

As for me, I was merely two blocks from the light rail station. And even with a knee-high blanket of snow, the trains were running smoothly. They were a bit more crowded than usual, but that’s really been a solid trend over the past five or six years anyway.

Truth is, in most major cities throughout the nation, ridership on public transportation has risen steadily.

I suspect much of this started back when oil crossed $140 a gallon and the high cost of 87 octane forced a lot of folks to re-examine the financial benefits of public transportation. But even after oil prices plummeted and the price of gasoline fell back within an affordable range, quite a few commuters chose to continue their daily commutes in the comfort of a warm train or bus, reading the newspaper or kicking back while letting someone else deal with morning rush hour.

My friends, I don’t think this is just some random event. In fact, I believe we will continue to see this as a long-running trend going forward. And the result could mean an opportunity for all of us to make a nice bit of cash along the way.

More Than Half the Population

Last week, the Public Interest Research Group (PIRG) released a new report highlighting this transition away from the car and toward public transportation in 100 of the nation’s largest cities.

According to the report, from 2006 to 2011, the average number of miles driven per U.S. resident fell in nearly 75 percent of the nation’s largest urbanized areas, while most urbanized areas saw increases in public transportation use and bicycle commuting. As well, researchers found that the share of households owning a car has actually decreased.

While not everyone lives in urban areas, it’s important to note that the cities cited in this report are home to more than half of the U.S. population. And folks in the cities below are providing excellent indicators for investors looking to profit from the transportation sector.

Take a look at the map PIRG highlighted in its report.  It details the decline in vehicle miles traveled from 2006 to 2011. Some of the key findings in PIRG’s report are actually quite surprising, even for a guy like me, who thoroughly enjoys the benefits of public transportation. These include the following:

While this data is intriguing, it does beg one question: why the change?

Researchers give a number of reasons for this, three of which are worth mentioning here. And bear with me, because there is a point to all of this…

Another interesting finding shows that the share of Americans in the labor force has dropped from a peak of 67.3 percent in 2000 to 63.2 percent – the lowest level since 1978.

Whatever the reason, I don’t expect to see these trends peter out anytime soon. So we’re certainly interested in the companies behind the integration of mass transportation.

When it comes to mass transit, there really are no “small” players.  Even if there were, I’d be hesitant about getting too giddy over them. After all, in the world of trains and buses, there’s no room for amateurs. This is a capital-intensive industry with little room for error.

The major players in this space include:

As well, be on the lookout for new robotic technologies entering the public transportation sector.

Assistive robots are already used on light rail trains and buses, and robotic “drivers” are being tested right now. Security robots are used to sniff out danger along rail lines. And robots in mass transit may actually take some of the human error out of the equation, too – think tired or distracted drivers.

A list of public robotic companies can be found by clicking this link. And if you’d like to see some video detailing both the integration of robots and the profitability of robot investing, click here.

Robots Are Changing the World Today

This Will Be a Game Changer

Investing in Next Generation Sequencing

Energy and Capital, Copyright © 2013, Angel Publishing LLC, 111 Market Place #720, Baltimore, MD 21202. All rights reserved. No statement or expression of opinion, or any other matter herein, directly or indirectly, is an offer or the solicitation of an offer to buy or sell the securities or financial instruments mentioned. While we believe the sources of information to be reliable, we in no way represent or guarantee the accuracy of the statements made herein. Energy and Capital does not provide individual investment counseling, act as an investment advisor, or individually advocate the purchase or sale of any security or investment. Neither the publisher nor the editors are registered investment advisors. Subscribers should not view this publication as offering personalized legal or investment counseling. Investments recommended in this publication should be made only after consulting with your investment advisor and only after reviewing the prospectus or financial statements of the company in question. Unauthorized reproduction of this newsletter or its contents by Xerography, facsimile, or any other means is illegal and punishable by law.

Please note: It is not our intention to send email to anyone who doesn’t want it. If you’re not sure why you’re getting this e-letter, or no longer wish to receive it, get more info here, including our privacy policy and information on how to manage your subscription.