For Stocks, the Best Time to Sell & Go Away Starts Tomorrow 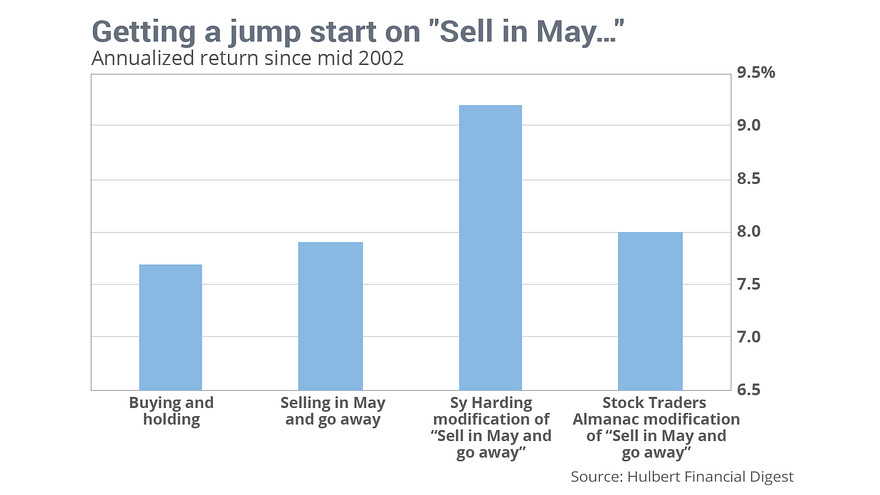 Should you sell in April and go away?

It’s an odd question, I admit. Widespread talk of selling usually doesn’t begin until late April, when investors each year are reminded of the famous seasonal pattern “sell in May and go away.”

But it’s precisely because it is so well-known that some followers of this seasonal tendency wonder if they should act sooner rather than later. Waiting until May Day runs the risk of selling at the same time that a large number of other investors are doing the same.

Fortunately, we have real-world data on two attempts to get a jump start on the “sell in May and go away” pattern

“From a seasonal perspective, April has typically been one of the best months of the year for the equity market.   Over the past 20 years, the S&P 500 Index has ended higher 75% of the time during the fourth month of the year,”