FOMC: Don’t Get Lost in All the Hoopla 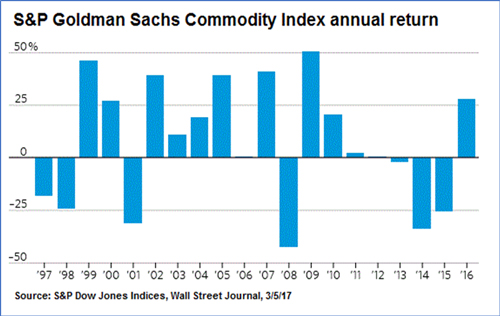 The popular financial press is making a big deal about the Fed’s almost-certain 25-basis-point hike in the discount rate that is set to occur at next week’s Federal Open Market Committee meeting. But don’t get lost in all the bluster and hoopla.

Because the Fed’s decision will have very little impact on your portfolio.

Since a picture is worth a thousand words, I am going to use four easy-to-follow charts to make my point.

To get a true picture of what’s going on, we first need to step back and take a macro view of what the Fed is up against. The chart below shows the history of Federal debt held by the public since the nation’s founding. As you can see for yourself, when the financial crisis hit in 2008, federal debt exploded to its current level of $14 trillion. And get this — the $14 trillion doesn’t even count the federal agency debt supporting farm loans, home mortgages and a variety of other programs, which total another $5 trillion and puts the total official debt level at about $19 trillion.

And then when you throw in the government debt related to unfunded liabilities for federal social service programs, like Social Security and Medicare, the total debt skyrockets to an estimated $130 trillion. No matter how you slice it, total federal debt has become a BIG number.

To make matters worse, at the same time the U.S. government was levering up … so was corporate America. This chart from the Federal Reserve Bank of St. Louis shows that corporate debt in the U.S. has risen about 60% since the first quarter of 2009.

Next, let’s drill in and see what all this newly issued debt means to the Federal operating budget. The CBO has made projections on how the budget will evolve over time at current interest rates as shown below.

As this chart reports, interest expense is currently 6% of total expenditures — which amounts to a lot of dollars ($240 billion) — but is a relatively small piece of the federal budget pie. Now, look at how the interest on the debt is projected to grow over the next 30 years to a level where it absorbs 21% of the total budget, with no shrinkage in sight.

It’s the same for corporate America too: As interest rates go higher, interest expense goes up and there’s less money available for productive spending, which then results in slower private sector growth. Slower growth means lower interest rates. That’s why, as I’ve pointed out previously, it becomes an endless feedback loop where interest rates can only go up so much.

And Wall Street knows this too!

Well, here’s a chart that shows the yield on the benchmark 10–year U.S. Treasury over the past four years.

As you can see at its current level, the 10-year U.S. Treasury is within 12 measly basis points of where it started the year. Sure, the Fed can hike the short-term end of the curve. But investors around the world, including those on Wall Street, set the rate on the 10-year. And Wall Street is telling us that there’s no big increase that they see on the horizon.

This means — given current economic conditions — the Fed can only go so high on short-term rates without flattening the yield curve and causing a recession or without risking a stock market sell-off. But they can — and will — talk a lot about raising rates. That’s because it’s all part of the nine-step plan that the Trump administration and the Fed have for the U.S. economy that I outlined in last week’s Money and Market’s column.

What should investors do?

As I’ve written extensively about, the current environment favors stocks.

But — and pay attention because this is a big BUT …

One of the biggest myths on Wall Street is that activity is often correlated with results … meaning the more activity there is in a portfolio, the better the results. But that’s just not true.

The best investors on the planet follow this rule: What you don’t do is just as important as what you do.

As world-renowned investor Jim Rogers would say: “Now and then a time comes when doing nothing and waiting is the wisest course of action.”

That’s why, as the editor of the Safe Money Report, I’m following Jim’s advice for now and suggest that you do the same.