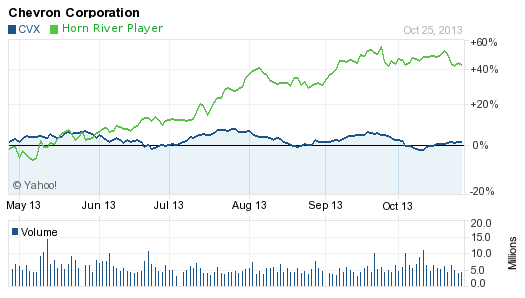 Let’s call it an energy shopping spree of sorts.

Last year, more than $10 billion poured from the pockets of Chinese investors seeking a stake in the U.S. energy sector.

And yet, for every cent they put toward U.S. shale projects, there was another patch of land attracting even greater attention…

Although it may be hard for some people to believe, given the fact that the media spotlight has been focused solely on the United States, the Chinese shelled out roughly $23 billion in Western Canada alone.

And that’s because for China, it’s all about natural gas right now.

We can follow the money right to the Canadian frontier.

And China’s lust for North American energy is even more evident in the steps they’re taking at home.

A few weeks ago, I mentioned the ongoing war on smog being waged in Beijing. Perhaps the only way to turn the tide is to reduce the country’s dependence on coal. In order to cut their coal addiction, the Middle Kingdom is turning to natural gas.

This move is more serious than pledges and press releases. As it stands now, China can only import less than 26 billion cubic meters of LNG per year. However, within the next two years, that amount is expected to more than double — to nearly 65 billion cubic meters.

There is, of course, a major obstacle in China’s plans to implement natural gas on a grand scale, and that’s their serious inability to kick-start their own shale gas boom.

Here in the United States, we’ve been spoiled by the supply glut created from the dramatic ramp-up of shale gas production. On the other side of the globe, the Chinese are having problems producing their resources…

Even though they are sitting on a larger deposit of shale gas than Uncle Sam is (more than one quadrillion cubic feet of technically recoverable gas, according to the EIA), that doesn’t necessarily mean they can extract it.

(Don’t forget, it took George Mitchell nearly 20 years to get it right in the Barnett Shale.)

When it comes to drilling shale wells, cost is king. In the U.S., for example, wells in the Marcellus can run about $5 million apiece. So far, the handful of shale wells drilled in China has come with a price tag of almost $15 million per well.

Add to the fact that it’s taking more than three months to drill and complete each one, and that translates to the Chinese spending five times more andtaking four times longer than companies operating in the Marcellus Shale!

Barring a miracle, China will be forced to import a good deal of the natural gas it needs if it’s to meet the 230 billion cubic meters it expects to consume in 2015.

It’s no coincidence China is quickly expanding its LNG import infrastructure. And I’ll give you one guess where the country will look to meet its supply shortfall…

British Columbia is home to the Horn River Basin, one of the largest shale gas deposits in North America. At last count, this area contains over 500 trillion cubic feet of natural gas underground.

While this figure doesn’t seem all that impressive when stacked against the 1,116 trillion cubic feet on the Asian continent, let me assure you that looks can be deceiving in this situation…

Because unlike China, where shale production is still a well of hopeful optimism right now, companies in British Columbia have 94 trillion cubic feet of recoverable gas on hand.

One of the biggest names right now in Canadian LNG is none other than Chevron. Back in February, Chevron became a 50% owner in the Kitimat LNG project in British Columbia.

Now, Chevron is great if you also happen to have a multi-decade time frame in mind.

Had you decided to invest in the source responsible for supplying Chevron with its natural gas, the results would have been drastically different. Then again, you wouldn’t be shelling out over $120 per share, either…

Not only is this company trading for ten times less than major oil companies like Chevron, but it’s also exploiting Big Oil’s biggest weakness: the crucial need for more gas to export.

The Horn River player above is doing precisely that, and it’s actually one of a handful of companies that will practically monopolize the entire LNG trade with Asia.

I suggest you take a few minutes to learn the details of this opportunity.

A true insider in the energy markets, Keith is one of few financial reporters to have visited the Alberta oil sands. His research has helped thousands of investors capitalize from the rapidly changing face of energy. Keith connects with hundreds of thousands of readers as the Managing Editor of Energy & Capital as well as Investment Director of Angel Publishing’s Energy Investor.For years, Keith has been providing in-depth coverage of the Bakken, the Haynesville Shale, and the Marcellus natural gas formations — all ahead of the mainstream media. For more on Keith, go to his editor’s page.