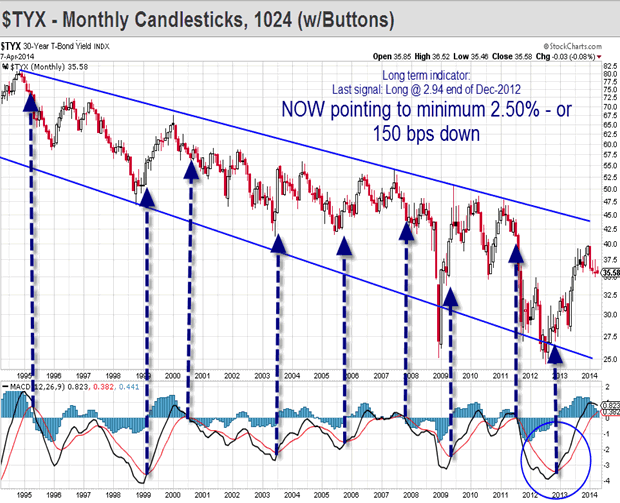 I don’t believe the growth estimates of the IMF and neither does Steen Jakobsen, Chief Economist of Saxo Bank.

Steen goes one further and calls for the yield on the 30-year long bond to drop a minimum of 150 basis points to 2.5%.

From Steen via Email

2014 started with high expectations on growth. The IMF, World Bank and ECB were falling over themselves to upgrade growth forecast for 2014 in early January but by now Q1 growth in the US is expected to come in at +1.9% after the initial +2.6% advertised by the pundits in late 2014 (Bloomberg December 12th, Survey).

This apparently was entirely due to weather….

But the fixed income market seems to have a different opinion: This is my long term chart which have maximum one signal per year.