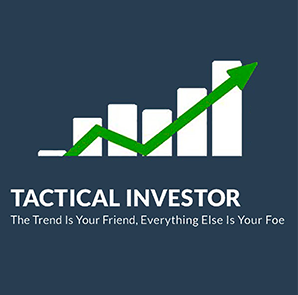 If Congress has the right to issue paper money, it was given to them to be used by and not to be delegated to individuals or corporations. President Andrew Jackson.

The weapon of choice is money, and central bankers utilize this weapon merciless to rain misery on the unknowing masses by purposely creating boom and bust cycles.  Since Fiat was created, bankers have fed off the misery they have wrecked on humanity.  How do they feed off this misery? They no longer take from Peter and give to Paul; they make sure that Peter and Paul try to rob each other and everyone else to survive.  They control the game, and you are just a pawn in this game.  The only day the outcome will change, is when the masses stand up and revolt. However, we would not hold our breath for that day as the masses are notorious for their delayed reactions. Many great men, former presidents included are of the same opinion.

George Washington, one of the wisest of all presidents, understood this very well and it’s revealed clearly in this quote.

“But if in the pursuit of the means we should, unfortunately, stumble again on unfunded paper money or any similar species of fraud, we shall assuredly give a fatal stab to our national credit in its infancy. Paper money will invariably operate in the body of politics as spirit liquors on the human body. They prey on the vitals and ultimately destroy them. Paper money has had the effect in your state that it will ever have, to ruin commerce, oppress the honest, and open the door to every species of fraud and injustice.” – George Washington in a letter to Jabez Bowen, Rhode Island, Jan. 9, 1787

Another wise president was Thomas Jefferson, who was so against bankers that he thought they were worse than a thousand standing armies and he was correct.

“I believe that banking institutions are more dangerous to our liberties than standing armies. Already they have raised up a monied aristocracy that has set the government at defiance. The issuing power should be taken away from the banks and restored to the people to whom it properly belongs.” Thomas Jefferson, U.S. President

“We have, in this country, one of the most corrupt institutions the world has ever known. I refer to the Federal Reserve Board. This evil institution has impoverished the people of the United States and has practically bankrupted our government. It has done this through the corrupt practices of the moneyed vultures who control it.”  Congressman Louis T. McFadden in 1932 (Rep. Pa)

“We are completely dependent on the commercial banks. Someone has to borrow every dollar we have in circulation, cash or credit. If the banks create ample synthetic money we are prosperous; if not, we starve. We are absolutely without a permanent money system.It is the most important subject intelligent persons can investigate and reflect upon. It is so important that our present civilization may collapse unless it becomes widely understood and the defects remedied very soon.”  Robert H. Hamphill, Atlanta Federal Reserve Bank

Two members of the  House Rothschild are openly bragging about the power that’s bestowed on the entity that controls the money supply.

“Give me control of a nation’s money and I care not who makes its laws.”  Mayer Amschel Bauer Rothschild

“The few who understand the system, will either be so interested from its profits or so dependant on its favors, that there will be no opposition from that class.” Rothschild Brothers of London, 1863

When you control the money, you ultimately control everything. Note that the Federal Reserve is not a Federal institution, it’s a private institution, and that is why Congress will never be able to audit it as private shareholders hold the majority position. To cause a boom, they flood the markets with money and to cause a bust; they tighten the spigots.  This is how every bubble is created; some examples of modern day bubbles are dot.com, housing crisis of 2008, and the current hot money bubble.

The first stage of this bubble was created by corporations borrowing large sums of money and using these funds to purchase enormous amounts of their shares,  thereby artificially boosting the EPS and making it look like all is well. When in fact, nothing is improving and only the number of outstanding shares is dropping, which gives the false impression that profits are increasing when they are not. In fact, in many instances profits would have declined if the share buyback programs did not exist.

The Corporate world will embrace Negative rates with gusto as it will be akin to a crack addict being given a new dose of super crack. History does not change, only the outfits change, but the con is always the same and the ones left holding the empty bag are the sheep (otherwise known as the masses).  The Fed is trying to put on a brave act, but you can already see them backtracking from the strong stance they took last year. Now they are stating that all is not well, and the economic outlook is weaker than expected. They will have no option but to join the rat pack, however, that was their intention all along.  Moving slower than the rest of the world creates the illusion that the dollar is stronger and in the race to the bottom the objective is to finish last instead of first.

The markets are totally controlled and manipulated; every boom and bust cycle was planned in advance of the event.  The chart below illustrates that the economy is far from healthy, in fact, it appears to be almost in a coma and is being forcefully kept a life through immense injections of hot money. . Take away the hot money and this illusory economic recovery crumbles; if a market is healthy the velocity of money increases and vice versa. Look at the chart below, the velocity of money is dropping like a falling dagger. Last year share buybacks and dividends payments surpassed the one trillion dollar mark, this year they will probably surpass that level.

Companies in the S&P 500 Index are poised to purchase over $165 billion of stock this quarter, bringing them dangerously close to taking breaking the 2007 record. A clear illustration that stocks are moving in sync with corporate share buyback programs; when stocks pull back the corporate world tends to step in and snap up stocks. Take a look at the period from Jan to Feb, corporations stepped in and bought a boatload of shares,and the market soared. Currency wars are picking up steam; a host of nations are now joining the bandwagon, as illustrated by the chart below. Get ready for the next stage of the mighty currency wars; imagine having to pay the banks to keep your hard earned money. The worst being that the banks will lend this money out and earn interest on it; they will win on both sides.

Low rates have forced people to speculate so imagine what effect Negative interest rates will have on the populace and the corporate world. To the corporate world, it will be a clear signal that they should continue raiding the cookie box.  Buy back more shares, boost EPS, get larger bonuses, and do the same thing over and over again, until the cycle ends and then send the bill to the masses.  The bottom always drops out, but it’s the average Joe that is left holding the can. Nothing has changed, and nothing will change going forward

“Anytime when you’re relying solely on one thing to happen to keep the market going is a dangerous situation,” said Andrew Hopkins, director of equity research at Wilmington Trust Co., which oversees about $70 billion. “Over time, you come to the realization, ‘Look, these companies can’t grow. Borrowing money to buy back stocks is going to come to an end.”’

“Corporate buybacks are the sole demand for corporate equities in this market,” David Kostin, the chief U.S. equity strategist at Goldman Sachs Group Inc., said in Feb. 23 Bloomberg Television interview. “It’s been a very challenging market this year regarding some of the macro rotations, concerns about China and oil, which have encouraged fund managers to reduce their exposure.”  Full story

The trend is up regarding share buybacks, and as Central bankers worldwide are gravitating towards negative rates, it is fairly safe to assume that this trend will continue for quite some time.  The masses are not revolting against this dishonest behavior and until they do, the dollar amount committed to share buybacks will continue to surge.

Nothing short of rising rates will put a damper on share buybacks, and there is absolutely no chance in hell of rates rising, not when the entire world is embracing negative rates. . The second option is for Congress to pass new laws restricting companies from blatantly repurchasing their shares with the sole intention of raising the EPS.  The odds are better that some alien life form will contact us then of Congress passing such a law.

First of please do not believe the nonsense that many experts spew, when they state that the Fed is scared, it has its back to a wall, and it has to do this or that; in short anything along those lines is total rubbish.  The Fed never was and will never be scared, as they have no one to answer to but themselves.  When you control the money supply, you control everything. Each move has been pre-planned with precision, and the only ones that are scared are the penguins making these proclamations.  Listening to that nonsense might make you feel good for a moment, but you will have nothing to show for it in terms of monetary gains.  The better option is to ride on the coattails of these nefarious manipulators and in doing so protect your wealth. One day, the Federal Reserve will collapse, but that day is not today, and the odds are high that you might not be around to see that day.

Manipulation is the order of the day, and this trend will continue to gather traction; it will only end when the masses revolt.  The masses are notorious for responding very slowly, so we can assume that by the time they snap out of their comas, the markets will be trading at unimaginable levels. We expect corporate debt to trade at levels that will make today’s insane levels appear sane one day. Against this backdrop you have only one option; every major pullback/correction has to be viewed as a buying opportunity.  The markets will continue to be manipulated probably until the end of time, so until the trend changes, every strong pullback has to be viewed as buying opportunity.

It is well that the people of the nation do not understand our banking and monetary system, for if they did, I believe there would be a revolution before tomorrow morning.  Henry Ford