Fed stuck between hard place and a grenade 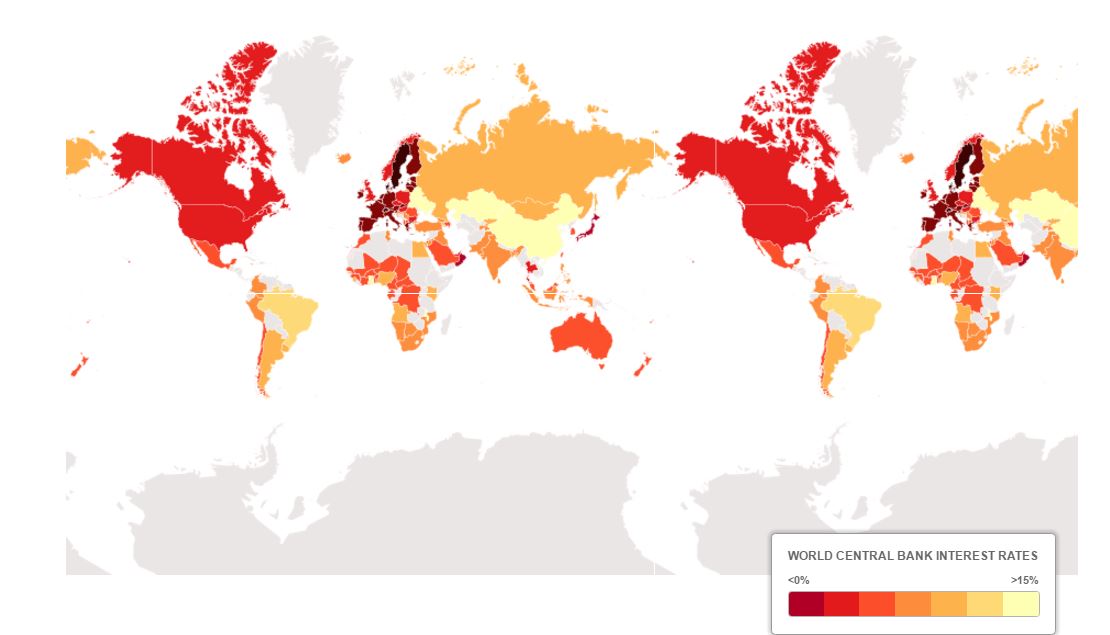 He who trims himself to suit everyone will soon whittle himself away. – Raymond Hull

The Fed is stuck in between a hard place and a grenade, given this option, they will choose the hard place as unless you are looking for a one-way to ticket to nowhere you won’t choose the grenade. The Fed has nowhere to go; there is only one option available inflate the money supply or die trying to.

Central bankers worldwide have already started to work on the next level of QE. It’s called negative interest rates, and it’s just a matter of time before it comes to the U.S.  The U.S will hold out for a bit longer as they want to maintain the illusion of a somewhat stronger currency. Remember this is a race to the bottom, and so the idea is to finish last instead of first.  The Fed is already stalling; this is clear signal as any that they are already planning the next line of attack. And please do not fall for that mumbo jumbo that the Fed is panicking; having no choice and panicking is not the same thing.  The Fed and its friends always win. Those that fight the Fed have a short life span. They have had decades to fine tune this nefarious art of fleecing the masses, and they are experts at it now.  Those at the top have already used a vast portion of their paper wealth to secure valuable hard assets, so if the entire market were to collapse tomorrow, they would not lose anything. In fact, they will stand to make even more as they will come in and purchase everything in sight, for pennies on the dollar. However, the markets are not going to collapse tomorrow, one day in the future they might, but that day is not tomorrow.

The war on Interest rates is on, and you cannot fight a trend in motion, so the U.S will have no option but to join the battle.  The chart below clearly illustrates how the world has embraced the concept of negative rates: We have provided many factors over the past few months indicating that this recovery is a hoax, but instead of fighting the trend, we have taken the unconventional view, that despite the economic recovery being a hoax, the markets are destined to trend higher.  The weapon of choice now is to throw increasingly large sums of money at the problem, and this works because the masses are not ready to fight.  The can will be kicked down the road until the road ends or the can becomes so heavy that it’s impossible to kick it any further.  We are still a long way from that point. The debt is going to increase to a level that will one day be labelled “as insanely unimaginable”.   Sounds crazy; well then tell us what you make of the fact that it took over 100 years to get to $1 trillion, and now it surges by that amount every year.

The war on interest rates means that deflation will be here for longer than most expect, so it will be interesting to see how commodities in general, especially the precious metal’s sector hold up.  Gold is off to a pretty good start, but it remains to be seen if a breakout past the strong zone of resistance at $1350.  It needs to put in a pattern of higher lows which it has not managed to do since 2012.  The next pullback will be interesting, for it leads to a higher low, and then this recent breakout might have some muscle behind it.

Low rates are positive for stocks, and since we are in the midst of a negative rate battle, the odds are in favour of this market trending higher.

Do not trust to the cheering, for those persons would shout as much if you and I were going to be hanged. – Oliver Cromwell