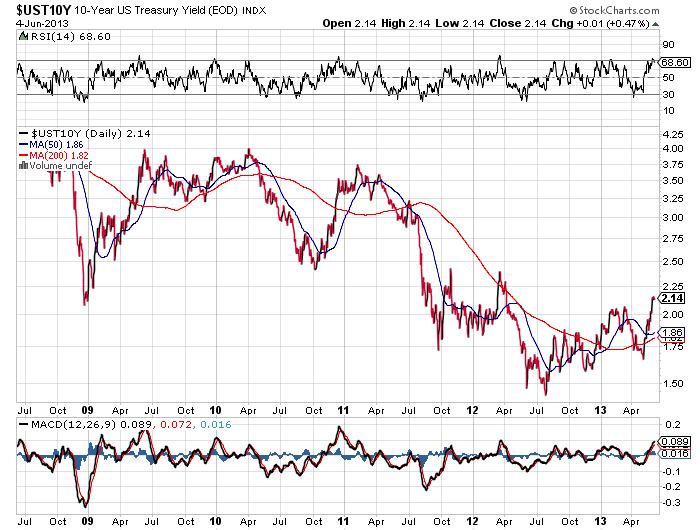 “At some point secular markets change” was the statement made by Federal Reserve Bank of Dallas President Richard Fisher in Toronto on Tuesday. “This is the end of a 30-year rally” in bonds he emphasized, making it doubly clear he didn’t see just this as a short-term top.

With a Federal Reserve Official broadcasting point blank that interest rates are going up, and that the BIG BOND RALLY that has been raging for 30 years is now over, institutional investors world wide are probably taking that as a signal to agressively review and make moves in holdings they have in fixed income instruments.

One person who tracks Institutional Investors is Sasha Cekerevac. Here is what he had to say:

by Sasha Cekerevac for Investment Contrarians

Recently, I’ve issued several warnings in these pages for investors who are heavily involved in fixed-income assets. As I’ve mentioned over the past couple of months, I think the worst investment for investors to make is to put a lot of money into long-term Treasury bonds and notes.

I am not alone in this analysis, as recently the Federal Reserve Bank of Dallas President, Richard Fisher, stated that he too believes the multi-decade bull run in the bond market is over. (Source: Ito, A., et al., “Fed’s Fisher Urges QE Reduction Seeing End to Bond Rally,” Bloomberg, June 5, 2013.)

As Fisher stated, “The one thing the market has begun to discount is that this will not go on forever.” (Source: Ibid.) Large institutions are beginning to shift their investments ahead of adjustments in the quantitative easing program by the Federal Reserve, and you should consider this too.

Featured below is the chart for the 10-Year U.S. Treasury Yield Index: Even before the Federal Reserve has officially stated it will begin reducing quantitative easing, investors have already begun shifting assets out of the fixed-income market, as I thought they would. The 10-year Treasury note has moved up in yield from 1.63% in May to 2.14% currently.

While this is a substantial move upward over a short period of time, when one looks back over the past few years, there is still a lot of room for yields to move up and for fixed-income asset prices to go down.

So, what does all of this mean?

Many parts of the economy that have benefited from the low interest rate policy enacted by the Federal Reserve through quantitative easing will now see headwinds.

Both the housing market and vehicle sales have performed extremely well over the past year, but as interest rates begin to move up, this will cause a slight drag in these sectors.

Considering that many of the stocks that have benefited from the current quantitative easing policy by the Federal Reserve have gone up a huge amount—homebuilding stocks included—I would certainly look to take profits.

Homebuilding stocks have gone up a huge amount over the past few years. For them to sustain their current valuations, the growth rate needs to remain at extremely high levels. I think with higher interest rates moving upward, this will cause investors to pause when calculating their forecast for future sales and revenues.

Obviously, with the Federal Reserve beginning to reduce quantitative easing by tapering and eventually eliminating its asset purchase program, this will be a negative for the fixed-income market. As I’ve written over the past couple months, owning long-term Treasury notes and bonds is a huge mistake. It appears we are now witnessing just the beginning of what will happen when the Federal Reserve begins to shift its quantitative easing program.

We believe the stock market and the economy have been propped up since 2009 by artificially low interest rates, never-ending government borrowing and an unprecedented expansion of our money supply.  The “official” unemployment numbers do not reflect people who have given up looking for work. The “official” inflation numbers are way off reality. After a 25-year down cycle in interest rates, we believe rapid inflation caused by huge government debt and money printing will start us on a new cycle of rising interest rates.

Investment Contrarians is our daily financial e-letter dedicated to helping investors make money by going against the “herd mentality.”

When everyone was getting out of gold bullion in 2002 at $300 an ounce, we recommended getting in.

When the housing market peaked in 2006, we were telling our readers to get out.

And when the Dow Jones Industrial Average fell to 6,400 in March of 2009, and the majority of investors were bailing from stocks, we told our readers to jump in with both feet!

You can learn more about the editors of Investment Contrarians, here.

JOIN US TODAY! You’ll quickly see why thousands of investors look to Investment Contrarians daily to help them with their investment decisions.