Posted by Bill Bonner - Diary of a Rogue Economistist 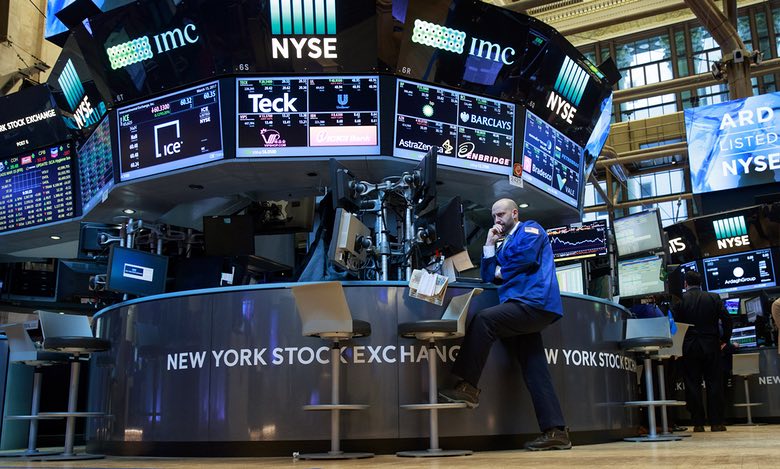 The Fed gave us another quarter-point rate increase yesterday. That makes the third such hike in the last 10 years!

Whoa! Hold on… We can’t take that much excitement.

But wait… The Fed also signaled that it may abandon its “data dependent” position and take the lead.

Instead of reacting to the news… it may lead the world’s interest rate levels back to normal, regardless of what the headlines tell it.

Oh, dear reader, you already know this is not going to happen. The Fed can never voluntarily return to sound money and market-set interest rates.

It presides over the biggest bubble in stocks and bonds the world has ever seen. Without underpriced credit, the whole thing would collapse.

That’s why the Fed can only take baby steps toward normalization… and only so long as they don’t matter.

We’re entering our ninth year of near-zero interest rates. During that time, businesses, investors, speculators, and consumers have adapted to extraordinarily cheap credit.

The big players have gotten used to gambling with money that is almost free. And if they get into trouble, they can borrow more.

If the cheap-credit system were to end – or even if people were to think it is coming to an end – it would take about two minutes for the whole capital structure to fall apart.

Businesses couldn’t refinance. Bonds would crash (except for U.S. Treasurys… which would get a temporary boost on “safe haven” buying).

Because they’re more overvalued. By some measures, they are pricier now than EVER before.

Compared to sales, monetary velocity (the rate at which each dollar in the economy is spent), and GDP growth, the S&P 500 is more expensive than it was in 1929, 1999, or 2007 – all major peaks that preceded major crashes.

Warren Buffett’s favorite market indicator also puts this stock market way out on the “overvalued” edge of the spectrum.

Buffett compares the value of the S&P 500’s “market cap” (the total value of all outstanding shares) with the size of the economy that supports it, measured by GDP.

Anytime the ratio goes over 1-to-1, stocks are overpriced.

We can’t predict the future. But the risk of a crash shouldn’t be ignored.

And when it happens – it’s bound to sooner or later – it will take the Yellen Fed about five minutes to abandon its leadership role and become a “data dependent” follower.

Looking at the data from a crashing stock market, the Fed will slash rates again…

And it will roll out QE4 – the fourth round of its quantitative easing program to buy bonds, and even stocks, with money created out of thin air – along with as much other mischief as the feds feel is appropriate.

This is no secret…

Mario Draghi, a former Goldman guy who now heads the European Central Bank (ECB), announced the anthem for central bankers around the world a couple of years ago.

In answer to what the ECB would do to protect its member banks, bankers’ bonuses, and the wealth of the rich, “Whatever it takes,” he said.

We don’t know what it might take, come the next crisis, to keep this fake-money system afloat. But whatever it is, we are sure that the Fed will give it a try.

The ailment afflicting the U.S. is “swamp fever” – with too many programs, too much money, and too many regulations that benefit Deep State cronies but hurt the Main Street economy.

There are three major ones. Now we have heard from the president on all of them.

The military: He says there is to be more of it. And in his preliminary 2018 budget proposal, there is a $54 billion windfall for the military-security industry.

Wall Street: Mr. Trump hasn’t even mentioned it. Instead, he has put Goldman Sachs alums such as Steven Mnuchin and Gary Cohn in key positions, signaling no change to the Clinton-Bush-Obama fake-money system.

And entitlements: Last week, the president said he was “proud” of the Republicans’ “Obamacare Lite” health care reforms.

We don’t know whether the new plan is better or worse than the old one. But one thing is for sure: From the Deep State’s point of view, it is not much different.

Tomorrow, we continue yesterday’s campfire tale – including why the U.S. empire’s financial system is doomed… and what you would have to do to get the economy working properly again. And even after a gold rally yesterday, one bitcoin is just $8 below the gold price.