Faber: There are people believe that Ben Bernanke & other Central Bankers have saved the world’s Financial System 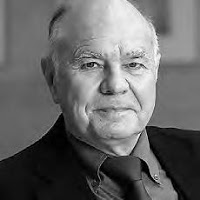 Have the quantitative easing measures / stimulus by various central banks done an irreversible damage to the long-term prospects of global economy, markets (equity and commodity)? Why / why not?

Marc Faber : There are people believe that Ben Bernanke and other central bankers have saved the world’s financial system. I am not saying that they are wrong but I am suggesting that the crisis occurred in the first place because of the expansionary monetary policy – principally by the US Federal Reserve since the 1990’s.

In other words, each time there was a crisis – be it S&L (savings and loans) crisis, LTCM Hedge Fund crisis, Mexican peso crisis  which is also known as the Tequila crisis – ahead of Y2K, monetary policies were eased and liquidity injection occurred. And then we had the Nasdaq collapse in the year 2000.

The US Federal Reserve then again embarked on extremely expansionary monetary policy, which created a gigantic credit bubble and home prices surged.

When this came to an end, that’s when the crisis actually happened. Had the US Fed not pursued very expansionary monetary policies and paid attention to excessive credit growth, there would have been no crisis.

SMN: Governments around the world are laying down the pieces for bail-in plans. A lot of our audience is worried that their precious metals will be taken away from them, even if they’re stored outside of the banking system. Do you think physical gold and silver are protected from confiscation if they’re held outside the banking system and stored at a respected facility, like Brink’s?

Marc Faber : Yes, that’s a good question. I wonder what will happen one day. Let’s take the worst-case scenario. We have either a social unrest, a revolution, or war. Governments decide, “Oh, the price of gold is going up substantially, let’s take it away from people.” In other words, you expropriate it. I think it will, at that stage, not matter very much where you hold your gold, except it may matter where you hold your gold in terms of sovereign state. My sense is that the Asian countries are less likely to take the gold away than Western countries.

……read it all HERE

The Chinese Economy is Growing at maximum 4 percent per annum, not 7.5 percent or 7.7 or 7.6 percent.

Marc Faber : I think that the Fed is completely clueless