Everything Central Banks Have Tried Has Failed: According To Citi’s Buiter Just One Thing Remains 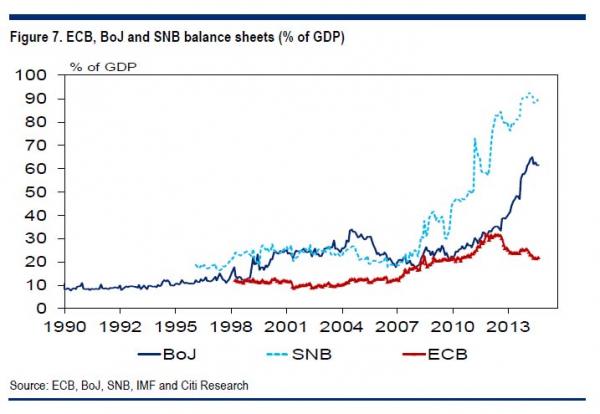 Seven years after ZIRP (then NIRP) was launched and central banks grew their balance sheets by $13 trillion, in the process inflating the biggest bubble the world has ever seen, sending risk prices to record highs and trillions in government debt to record negative yields, first the Fed admitted QE was a mistake, and now the investment banks – especially those who were bailed out and were the biggest beneficiaries of QE such as Citigroup – admit central bank quantitative easing failed.

The reason for this failure? What we said from day one dooms all unconventional monetary policy – too much debt.

Here is Citi’s Willem Buiter, finally catching up to what we said in early 2009.