Everybody Now Bullish U.S. Dollar – So Expect a Powerful Contra-Move 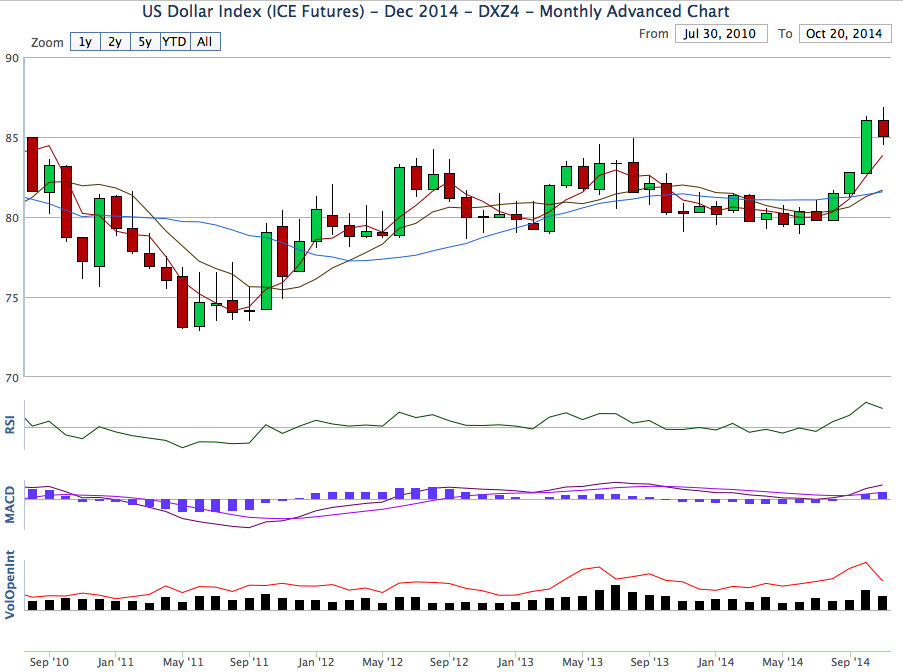 HAI: The U.S. dollar has been rising and hit a four-year high earlier this month. Is the dollar going to continue to rally from here?

Marc Faber : The trade and current account deficit of the U.S. has been coming down because the balance in the energy trade has improved a lot. The U.S. is almost oil self-sufficient. It’s become the largest crude oil producer in the world.

And even though the U.S. economy is not doing particularly well, it’s in a slightly better position than the European economy. Thus, there are some reasons the dollar should be stronger.

That said, based on sentiment figures, everybody is now bullish on the U.S. dollar. Usually when you have this kind of consensus, what can happen is a powerful contra-move. In other words, the dollar could weaken for a while. That would be good for stocks and precious metals.

Additionally, if the Fed finds that the dollar is too strong, it can print money. But you just don’t know what these academics will eventually decide to do. That’s why I recommend investors have a diversified portfolio, because nobody knows what the world will look like five years from now.