Euro: Too much hate? 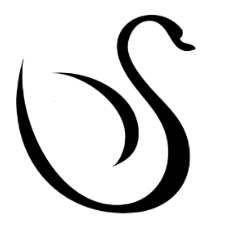 “But I don’t want to go among mad people,” Alice remarked.

Euro: Too much hate?

The plunge in the euro has been a great trade for Black Swan Forex subscribers.  We’ve been in and out of it many times on its trip lower.   The currency has been whacked for good reasons.  There are solid rationales to suggest the euro will continue to go a lot lower from here.  I have seen analysts talking of parity to as low as 90 cents by the end of 2015.  These rationales make sense to me:

But, as much as we as traders would like it to be so, the impact of all these “knowns” rarely produces a straight-line move in one direction when it comes to investing in real markets, especially for those playing the game with leverage.

Two elements for euro bears to be concerned about:

1)      Discounting – If I am sharing the above information about the reasons why the euro is going lower, the “known knowns,” you can bet these “knowns” are consensus views.  And more often than not, consensus views are already discounted (embedded) in the price.

2)      Surprise—We can forecast future events till the cows come home based on the rationales we know.  But we should always be concerned about what we don’t know (why it makes sense to think risk first and return second).  It is the “known unknowns” that hurt an account.  It is the “unknown unknowns” that destroys an account.  It is interesting, and no coincidence, these “unknown unknowns” usually surface just when everyone knows EXACTLY the guiding rationale driving a trend.   Call this a Black Swan event.  Call this getting totally fooled.  John Percival simply calls it surprise.  And it is surprise that moves prices the most, especially when there is a “crystalized consensus.”

I am not sure the euro is ready to bounce higher; but then again I am rarely sure of anything when it comes to investing.  I do believe over time it goes lower—the rationales make sense as I said.

But, a significant correction based on some “known unknown,” e.g. Mr. Draghi is pushed out of the ECB leadership and replaced by Bundesbank President Jens Weidmann, is an example of how Mr. Market throws off riders; albeit and extreme example.

When you are riding a trend and you notice too much hate, or love, for the rationales by your fellow riders it is time to start getting a bit nervous.  At the moment, there seems too much hate for the euro among the shorts.

EUR/USD Weekly:  As you can see by my weekly view, I expect the euro to go a lot lower against the US dollar longer term.  But it is extremely “oversold” on a weekly basis (red circle on the slow stochastic at the bottom pane of the chart), so caution may be in order as a decent bounce may materialize…