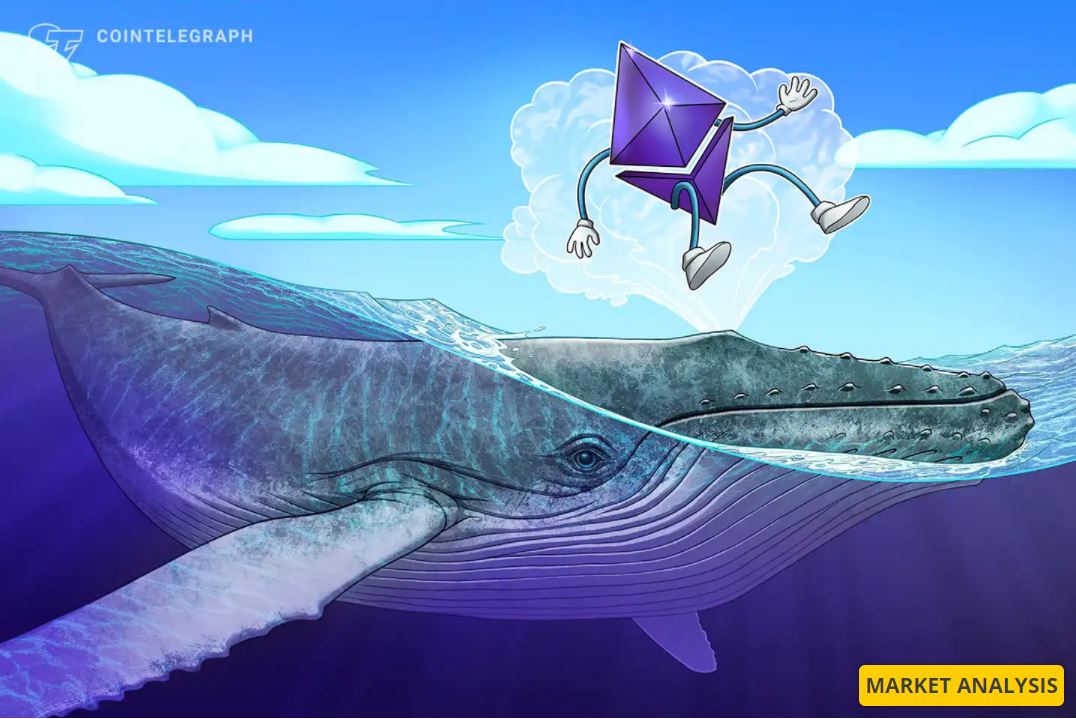 The number of Ethereum addresses holding at least 1,000 ETH dropped to a four-year low this week.

Ethereum is having difficulty keeping its richest investors in line as its native token, Ether (ETH), hints at logging more losses in the near term.

Blockchain data analytics service Glassnode revealed that the number of Ethereum addresses holding at least 1,000 ETH dropped to 6,292 this Monday, the lowest reading since April 2017. At its year-to-date peak, the numbers were 7,239 in January. 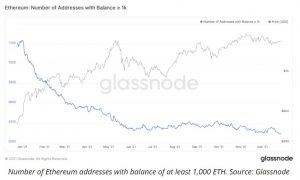 On-chain analysts typically observe ETH distributions among addresses to realize retail and institutional sentiments. They consider wallets that hold above 1,000 ETH (around $3.92 million at currency exchange rates) as “whales,” primarily for their ability to influence interim market trends via large sell and/or buy orders.

But as the numbers of these so-called whales drop, it reflects an ongoing selling trend among the richest Ethereum wallet owners. For instance, the number of Ethereum addresses that hold at least 10,000 ETH (or around $39.20 million) has also plunged, from 1,208 in June to 1,156 at the time of this writing, marking an almost 4.5% decline…read more.