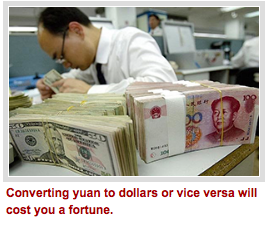 For the last several months, I’ve been putting up with some hate mail, as I forecast a severe decline in the precious metals. Questions came into my mailbag like …

–  “Don’t you see the negative interest rates in Europe, surely they are bullish for gold?”

–   “Don’t you see that George Soros and other big hedge fund managers are loading up on gold? What’s with you, Larry?!”

–   “China and India are still buying gold so that must be bullish, no?”

–   “One well-known analyst says the dollar is going to crash on September 30 so we must buy gold now, Larry!”

Let me address the above, and more, so you have a handle on why I’ve been bearish gold and silver — and correct!

FIRST, negative interest rates are not necessarily bullish for gold. Or silver. Why? Because you cannot spend gold and silver as if it’s real money. Hardly a soul will take it except an informed buyer, and in a barter situation.

The fact of the matter is this: People are hoarding cash in physical and digital form far more than they are hoarding gold and silver. They are doing so because …

A. It’s easier to hoard cash.

B. With deflation still ravaging Europe, that cash’s purchasing power is constantly increasing.

C. It IS easier to spend cash.

And more. So in a very real sense, gold is no longer money. A store of value? Yes, but only when governments’ backs are up against the wall. And that time is coming. But for now, gold and silver are simply commodities.

SECOND, don’t you see that George Soros and other big hedge fund managers are loading up on gold? What’s with you, Larry?! Sure I do, and I also saw them get KILLED when gold topped in September 2011 and they held on to their gold and incurred losses of 50% and more.

Just because they manage big money doesn’t mean they can’t get a trade wrong sometimes. In fact, they get them wrong far more often than you would imagine.

THIRD, China and India are still buying gold so that must be bullish, no? Yes, they are still buying, but so what?! Neither country has any intention of implementing a gold standard. They are simply diversifying their reserves a bit, just like you should be doing with your savings.

FOURTH, one well-known analyst says the dollar is going to crash on September 30 so we must buy gold now, Larry!

This one is total, unadulterated BS. This analyst has been wrong forever on the dollar and doesn’t have a clue how the world’s monetary system works or the global economy.

His theory is that the International Monetary Fund (IMF) is going to officially add the Chinese yuan to the IMF’s composition of its Special Depository Receipts, or SDRs, on September 30 and therefore, the dollar will crash.

Give me a break!

A. The yuan was approved by the IMF for inclusion in the SDRs a year ago. That means the dollar market has already had a year to digest it. And what has the dollar done since then? Appreciated against the Chinese yuan.

B. The yuan only accounts for about 4% of all of foreign exchange (forex) transactions today, which are well over $5 trillion a day. Meanwhile, the U.S. dollar accounts for as much as 85% of daily forex turnover.

How could the yuan even make a scratch in the dollar? C. The yuan doesn’t have the liquidity or the market depth to dethrone the dollar. There are still capital controls in China on how much yuan can leave the country and it’s still largely a closed system.

For instance, I have about $500 worth of yuan I forgot to change back to dollars the last time I was in China. I can change them to dollars in Southeast Asia, but due to a lack of liquidity, it will cost me as much as 20%.

And in the U.S? Forget it. Try converting yuan to dollars or vice versa. If you’re lucky, you might be able to do so at JFK, LAX or Chicago — but it will cost you a fortune.

D. Did this analyst even consider the fact that there’s plenty of legal and illegal Chinese money that wants to leave China, for diversification and whatever reason?

From what I can tell, no, he hasn’t. And that’s a big, biased mistake because there’s hundreds of billions of wealthy Chinese money that also wants to go abroad to invest, and mainly in the U.S. — buying businesses and real estate.

Bottom line: The U.S. dollar is NOT headed for any type of crash. To the contrary, my models show the dollar getting much stronger going forward — regardless of who takes the White House come November.

Why? Largely because Europe and the Middle East are such a mess. Anyone with any decent money would want to put it to work in the U.S., which means demand for dollars will continue to rise, even amongst the Chinese and Southeast Asians.

There really is no alternative at this time.

However, as I have also long maintained, the U.S. dollar cannot be the largely sole global reserve currency and the world’s reserve currency must change to a basket of currencies that is far more fair to the G-20.

That change will come by 2020, and it will involve the IMF or the World Bank. The new world reserve currency will be a composition of currencies of the G-20, it will be solely in electronic form, and it will be tied to a floating basket of commodity values.

That way, it will be not only transparent and fair but also subject to free market forces.

And by the time that transition comes, there may be some turmoil in the forex markets, but even then, the dollar will not crash.

Bottom line: Don’t fall for all the fear-mongering on the dollar. It’s coming from either inept analysts or fear-mongers trying to pick your pockets.

Lastly, keep your eyes on gold and silver now. Cycles still point lower into early October, they point higher for the dollar, and lower for stocks.

October is merely two weeks away, so stay very tuned in. My Real Wealth Report subscribers and trading service members are now starting to get very active with specific buy and sell signals for terrific profit opportunities.