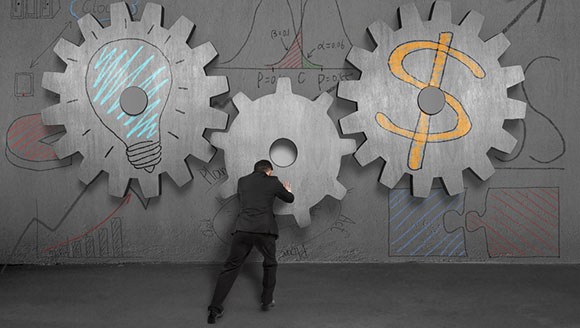 The Energy Report: Ethan, your firm covers a lucrative space in the natural resources sector, master limited partnerships (MLPs). Would you briefly describe this investment vehicle?

Ethan Bellamy: Master limited partnerships are a subset of publicly traded partnerships that have been around since the tax reform of the late 1980s. They serve businesses that extract and transport energy in the United States. They also may generate qualifying income sources in rents and dividends.

TER: How do MLPs differ from other types of partnerships?

EB: MLPs are publicly traded. They get the liquidity benefits of publicly traded securities, coupled with the tax efficiencies and merits of a partnership. The tax structure eliminates the double taxation of dividends. There is no layer of taxation at the entity level, and the tax only occurs at the limited partner level. It is sometimes misconstrued that MLPs are tax-free. In fact, they are not. They are taxed at the unit holder level. But they have a net present value pick-up that one does not find in regular investments.

TER: Why are most MLPs in energy and real estate? Why isn’t the form used more universally?

EB: In the late 1980s, Winchell’s Donuts and the New York Knicks and a bunch of non-energy businesses converted into the MLP structure to make their businesses more tax-efficient and investable. Congress elected to wall off the MLP structure to a subset of extractive resources to prevent the erosion of the corporate tax space. The MLP space was subsequently expanded to include biofuels and logistics. There is a move afoot to expand the sector to include renewable energy sources.

TER: Is that a good move?

EB: Renewables deserve a level playing field. I would welcome any cash-flowing businesses with good yield characteristics that can diversify the energy sector.

TER: Energy MLPs have been seriously outperforming utility stocks and many other energy investment vehicles during the last five years. Why?

EB: There are two main reasons. First, the Federal Reserve’s aggressive monetary policy propped up anything with a yield handle. MLPs are just one of the many beneficiaries of the Fed’s accommodative policy. Equity owner-yielded securities have done particularly well.

The second reason is a more specific energy variable, which is the resource expansion brought about by hydraulic fracturing and horizontal drilling. Three-dimensional seismic design and a host of new technologies have potentially unlocked vast global resources. But the United States and Canada are the only places, so far, where these technologies have been employed to great economic effect.

The combination of strong secular growth characteristics and the strong technical backdrop of the yield bubble is driving capital into the MLP sector, creating an extraordinary return. On top of that, the MLP space has mainstreamed; it has gained enough critical mass to become a legitimate institutional investment class. Mainstreaming caused a sea change in valuation for MLPs.

TER: Is there a flipside to holding an energy MLP for the long-term?

EB: Yes, there is a flipside. My biggest single fear is falling oil prices. Producing an extraordinary amount of natural gas cut natural gas prices in half. The next oversupplied commodities to fall in price were the natural gas liquids: propane, butane, isobutene and ethane. Crude oil has held up better, mainly because it is a more globally transportable commodity. But we are beginning to saturate the North American system with crude. Even though we can export refined products, there is a danger that in 2015 we may see significant retrenchment in crude oil prices because of the oversupply situation.

These situations pose some risk to the energy MLPs. Equities are influenced by the price of oil because it has a such pervasive impact on the economy. But MLPs have a higher trading relationship to oil prices than non-energy securities. If oil prices falter too much, drilling will slow. When drilling slows, volumes slow. MLPs have energy and oil price exposure.

The second potential headwind to owning MLPs would be caused by rising interest rates—if they do increase in the near-term, as many people expect.

TER: Is there a short-term seasonality effect on the MLP sector?

EB: November tends to be a buying opportunity for MLP investors. Investors like to buy MLPs around Halloween and sell them in January. Historically, the January MLP valuation is tied to the flow of bonuses and investments and taxes. January is usually positive for MLP performance, and it is a good time to sell.

TER: Which MLPs do you like in the energy services niche?

EB: On the oil field services side, we are partial to New Source Energy Partners L.P. (NSLP:NYSE). New Source started out as an upstream MLP focused around the Hunton Formation in Oklahoma. It has expanded into oil field services, particularly into pressure testing. It has done an excellent job of growing its distribution, post-initial public offering (IPO). It is poised to create an integrated upstream model, which we view as a compelling opportunity.

We are generally interested in the fuel distribution MLPs. We like both Susser Petroleum Partners L.P. (SUSP:NYSE)and CrossAmerica Partners L.P. (CAPL:NYSE) (formerly Lehigh Gas Partners L.P.). Both of these MLPS have recently completed transformative, highly accretive merger-and-acquisition (M&A) deals that are likely to lead to substantial distribution growth. We have raised our price target significantly on both of those names due to their growth trajectories.

We closely follow Cypress Energy Partners L.P. (CELP:NYSE). Cypress Energy is primarily a saltwater disposal business. It also performs pipeline integrity and systems testing. Saltwater disposal is a newer entrant to the services space. The Cypress model focuses on pipeline safety, which is an issue attracting media attention. Cypress is poised to gain contracts due to the safety issue from MLPs that operate pipelines. The dominant part of the Cypress water disposal work is in the Bakken, in North Dakota. Production growth in the Bakken leads to top-line drivers for Cypress, both in terms of production water and flow-back water from fracking jobs.

TER: What is the story with explorer/producer MLPs in the oil patch?

EB: The upstream MLPs have had a rough go of it lately. They tend to have the highest yields in the sector, both in terms of greater commodity price risk and because their distribution growth has been diminished, or flat-lined, due to weak commodity prices, particularly for natural gas. Natural gas has made a bit of a comeback lately, but the upstreamers are still fighting the effect of the dip. The upstream market is fairly competitive, too.

The biggest name that people will recognize in the space is Linn Energy LLC (LINE:NASDAQ). Linn Energy was recently the target of rigorous short-seller attacks. It finally turned the corner by creating an asset plan, which is in full stride. It has eight transactions underway right now. Linn Energy should be able to restart its distribution growth in the first half of 2015.

Mid-Con Energy Partners L.P. (MCEP:NASDAQ) runs its oil patch business fairly conservatively. It is disciplined in acquiring new assets. We like it.

Legacy Reserves L.P. (LGCY:NASDAQ) did an important deal with WPX Energy Inc. (WPX:NYSE). The two companies have created an incentive structure and turned themselves into a dropdown MLP overnight, which we think is going to lead to enhanced distribution growth.

I caution, however, that oil price fragility could generate an outsize impact on upstream MLPs, and these partnerships are not all created equal. Legacy could have a rough quarter after Permian differentials blew out as much as $22/barrel. That created a headwind for firms that did not have their basis risk swapped out.

TER: What do you look for when deciding to invest in an MLP?

EB: The big-picture strategic rationale for owning MLPs is the secular growth. Many MLPs operate pipelines, for example. They provide the foundational infrastructure of the overall oil and gas infrastructure, and they can be risk-resilient. It makes sense for income investors to balance a portfolio with MLPs—maybe in the 5–10% range, depending on income needs.

It pays to be a little cautious here, though. We look for high visibility on distribution growth that will not be derailed because oil prices take a hit or the market collapses. We like well-run, bellwether, highly liquid MLPs, particularly ones that can do well in a stirred-up environment.

Plains All American Pipeline L.P. (PAA:NYSE) is one of the best-run MLPs. We style it as “anti-fragile.” Plains is in the crude logistics business, and it is positioned to capture enhanced margins during times of volatility. These types of MLPs are great places to stash capital for an investor focused on preservation and income. MLPs like Plains can make lots of money during a crisis.

TER: What kind of income are we talking about?

EB: Income stream for the higher-quality MLPs ranges from 2–4%. An investor can walk up the risk chain to the upstream MLPs, which can return 10%. A name that is yielding 2–4% is likely to experience significant growth, with substantially higher yields, in the coming years. Conversely, there is a reason why an MLP has a 10% yield handle. It is not free money. If it was a relatively lower-risk investment, it would carry a lower yield handle, so caveat emptor.

TER: Price and yield have an inverse relationship for MLPs? Like bonds?

EB: Exactly. The defining variable in MLP yield, and therefore price, is the rate at which firms are growing their distribution. Distribution growth is a proxy for enhanced value creation down the road, as well as for the stability of the distribution. An MLP cannot grow distribution if its base level of income is not stable.

TER: Do you have other MLPs to call to our attention today?

EB: Enterprise Products Partners L.P. (EPD:NYSE) is the bellwether, big-liquid MLP. It just did a $4B transaction; it bought the general partner of Oiltanking Partners L.P. (OILT:NYSE) and 66% of Oiltanking’s common units, and has proposed to buy up the remaining public stake in Oiltanking. The deal is indicative of how a good MLP expands its business. It is also indicative of the consolidating trend in the space, which is providing a tailwind for the whole group.

Ethan Bellamy specializes in the analysis of master limited partnerships at Robert W. Baird & Co. Previously, he was director of research for the Lehman Brothers MLP Opportunity Fund, where he was responsible for fundamental analysis and due diligence in public, PIPE and pre-IPO investments in natural resources. He also covered MLPs at Stifel Nicolaus. He holds a master’s degree from the University of Colorado at Boulder, and a bachelor’s degree from Clemson University.

Want to read more Energy Report interviews like this? Sign up for our free e-newsletter, and you’ll learn when new articles have been published. To see recent interviews with industry analysts and commentators, visit our Streetwise Interviews page.