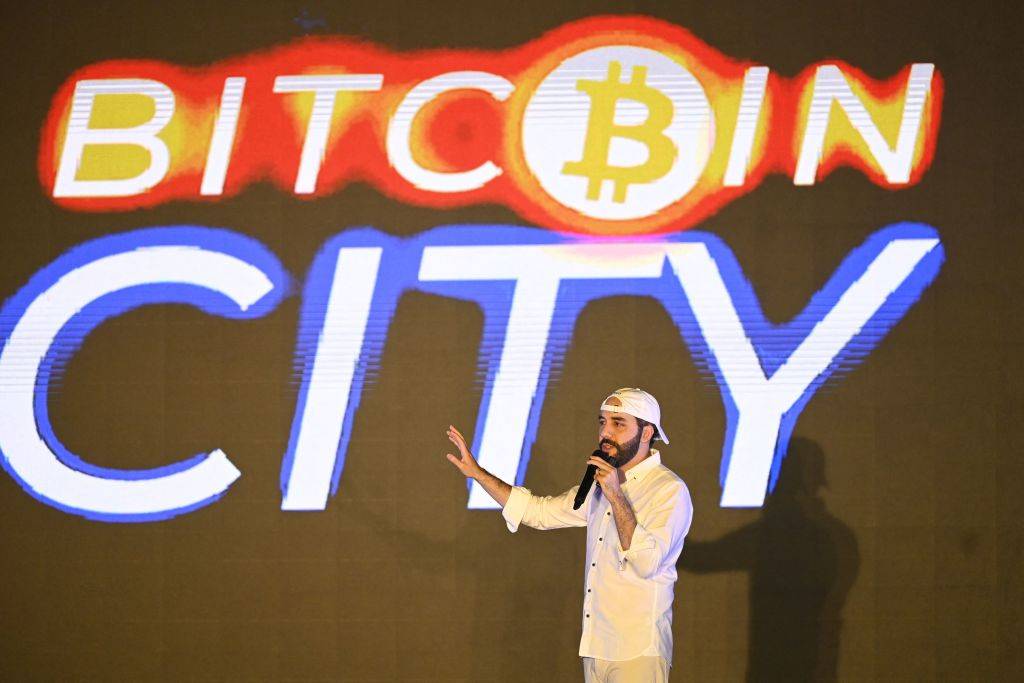 El Salvador will build a Bitcoin City powered by geothermal energy from a nearby volcano, President Nayib Bukele said (not on SNL) this weekend.

The city will be circular in shape to resemble a bitcoin, and residents will encounter tributes to the crypto in the city’s museums, shops, restaurants, and even the local soccer team, the Bitcoin City Shiba Inus.

Here’s where it gets interesting. The government will help finance Bitcoin City by issuing $1 billion in sovereign bonds backed by bitcoin, with half of the proceeds going to infrastructure and the other half going toward (what else?) buying more bitcoin.

Blockstream, the crypto company that developed the bond, predicts the price of bitcoin will go to $1 million within five years, giving the bond an annual yield of 146% in a decade.
Bitcoin City would be another high-profile move into the crypto space by El Salvador. The Central American country already became the first to make bitcoin legal tender in September…read more.