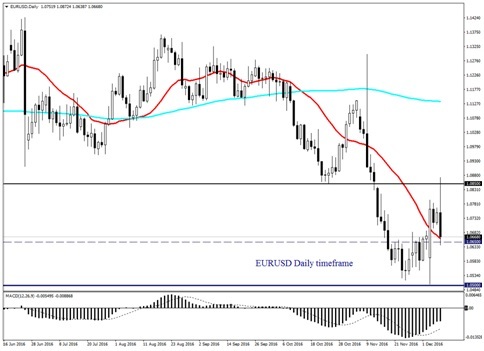 The Euro/Dollar was exposed to extreme levels of volatility during trading on Thursday following the European Central Bank’s market shaking decision to taper its monetary stimulus to the Eurozone from April 2017 until the end of December 2017 or beyond. Although the central bank has decided to maintain its monthly purchases by 80 billion euros until March 2017, the reduction to 60 billion euros from April 2017 till year end could spark fears of a taper tantrum potentially sabotaging growth and pressuring the ECB to take further actions. With concerns still elevated over the health of the European economy and mounting political instability from Italy weighing heavily on sentiment, investors may turn to Draghi for further clarity on why the ECB made such a move.