Drilling Down into Oil & Gas Prices 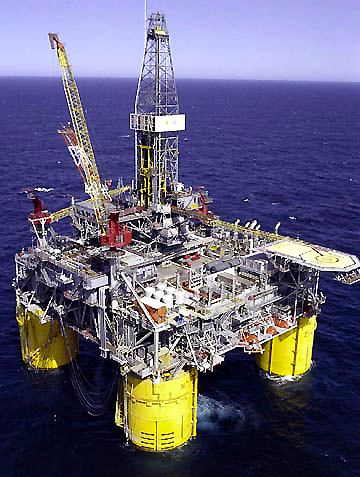 The Energy Report: Since we last talked in November, oil went from $90-110 per barrel (bbl). Has it established a floor that will stick? Or, as Porter Stansberry predicted during the summit, is it getting ready to crash? He said that the same sort of technology that brought on the glut of natural gas will lead to an abundance of oil that will depress prices.

Marin Katusa: Porter was basing his comments on the success of shale gas in North America, and with that you have natural gas liquids and some oil. In North America, gas became a victim of its own success, worsened by a warmer-than-expected winter. But understand that gas, in general, has very localized markets.

When it comes to the oil sector, people think Exxon Mobil Corp. (XOM:NYSE), Royal Dutch Shell Plc (RDS.A:NYSE; RDS.B:NYSE) and ConocoPhillips (COP:NYSE) are the biggest players. The big players are actually the national oil companies (NOCs)—Saudi Aramco, Petróleos Mexicanos (Pemex) and Petróleos de Venezuela, which are not reinvesting in operations and exploration. Their production is decreasing as a result. Cantarell, in Mexico, is one of the greatest oilfields in the world, but it’s decreasing by 3.5% every year. The NOCs are distributing profits to fund massive social programs. For instance, more than 55% of Venezuela profits from oil-funded social programs.

By the way, America imports more than a million barrels of Venezuelan oil each day and pays a premium over what it pays for domestic oil. But that’s another story.

I don’t necessarily agree that the same reasons North American natural gas went under $2 per thousand cubic feet ($2/Mcf) would apply globally. India and Japan are signing $14–15+/Mcf. It’s twice that in Europe. North America is a unique case; the rest of the world is nowhere near that when it comes to shale exploration.

TER: Will that change when the U.S. starts exporting in 2015 or so?

MK: I think 2015 is a very aggressive timeline. Eventually, the market will fix itself. But to say that oil will go to $40/bbl by Christmas? I wouldn’t take that bet. That said, for two years we’ve been using $60/bbl oil for our equations. We publish the best netbacks in the business every quarter. So if a company can make money at $65/bbl oil, it will make a lot of money at $105/bbl oil. But if you invest in companies that need $90/bbl oil to break even, you’re not going to do so well.

TER: You said the market will fix itself. Will oil go down to, say, that $60/bbl you’ve been using?

MK: Buyers are not paying producers $103-105/bbl. Because of the massive differential for selling less, the Canadian oil sands producers are selling as low as $63/bbl. In the Bakken, they’re selling for $72/bbl. So it finds its equilibrium. In the Canadian oil sands, existing production can be profitable at $60/bbl, which we’ve been saying for a couple of years. New production, if it’s open pit, it needs $90/bbl oil to be economic due to the massive inflation in equipment, trucks, tires and skilled workers.

MK: A lot of people think that Suncor Energy Inc. (SU:TSX; SU:NYSE) or any given oil producer is making $105/bbl for oil, but companies are selling their product for $63/bbl. It depends on the differential and Suncor’s selling price versus the West Texas Intermediate (WTI) crude oil price, which is the posted price. Gas producers in Edmonton are getting much lower prices than what’s quoted in the Henry Hub. The oil price in North America or the Brent price isn’t necessarily the same price a company is selling its oil for.

Rick Rule: It’s pretty complex. What people think of as the posted crude oil price comes from either WTI or Brent. That used to be the way the world worked, but we have localized differentials now. One of the differentials that Marin was speaking about is the differential between light sweet crude and heavy crude. And the differentials widen and tighten depending on a variety of factors.

For example, production efficiency in Venezuela, the traditional source of Gulf Coast sour crudes, is a factor. Transportation and infrastructure bottlenecks are factors. We’re now to the point where a critical pipeline that once transported crude from the Gulf Coast to the U.S. Midwest has been reversed because of production declines in Mexico and Venezuela, which in turn encourages U.S. Gulf Coast refiners to take heavy crude out of Canada.

All of this is what creates localized markets in oil. The international light sweet crude markets are very stout. Nigerian bonny crude and Brent crude’s international trade is marked by tightness as a consequence of declining supplies in traditional frontier market exporters, such as Nigeria as well as Venezuela and Mexico.

The North American domestic market is ironically awash in oil as a consequence of three factors: The high price of gasoline has begun to destroy demand along with the weak economy. The incredible de-bottlenecking that’s gone on in the Athabasca tar sands has doubled tar sands production in four years. And the conjunction of technologies that Marin was talking about has produced a flood of shale oil, particularly in the Bakken.