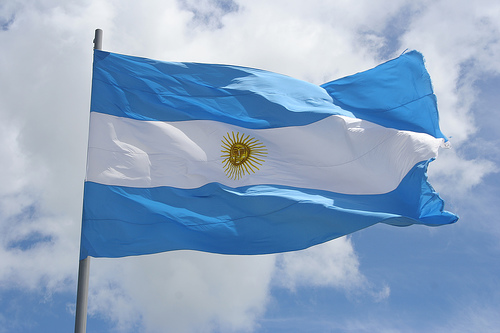 L: Doug, we’ve had a lot of people write in with questions about Argentina since the government moved to nationalize YPF. First, I have to tell readers that we saw la presidenta going off the deep end some time ago and sold all the Argentina plays in our portfolio. But you live there, have invested there, and are a famous contrarian – so what do you think? Is the market’s understandable reaction to the expropriation overdone, making it time to buy, or would you still stay out of Argentina plays?

Doug: I’d first like to distinguish between living in a country and investing in a country, which are two totally different things. As a general rule, I’d say that right now I have very little interest in investing in companies doing business in Argentina – though I’ve got to say that the Argentine stock market is yielding about six percent in dividends and selling at about eight times earnings. That makes it one of the cheapest markets in the world. It’s been heavily discounted due to corruption, government stupidity, and a generally poor business environment.

L: So is that discount appropriate or overdone? I suspect that Argentine companies are in no danger of being nationalized, so they might be excessively discounted. On the other hand, the folks behind the curtain, pulling the levers on the machinery of the state in Argentina are clearly fools or knaves – I’m not sure any business is safe in Argentina.

Doug: Unfortunately, that’s true. Argentina’s politicians have been just terminally stupid ever since Juan Perón. Even though he was a criminal personality, an overt admirer of Mussolini, and openly sympathetic to Hitler, Perón has become such a cultural icon that you can’t do anything in Argentina today without at least calling yourself a Perónist. It’s rather like in the US, where, if you don’t think that FDR was a hero for getting the US out of the Great Depression, you’re persona non grata. Perón is Argentina’s Roosevelt.

More recently, former president Nestor Kirchner – late husband of Cristina, the current president – was a total disaster. All of his policies were completely wrong-headed and destructive, but he had the good luck to get elected just as the commodities boom got under way, and demand for Argentine agricultural and mineral products soared. That paid for a lot of social spending and made him look like a hero, even though everything he did was the exact opposite of what needed doing.

This is true of Cristina too, but she’s actually outdone her husband in implementing economically suicidal policies. Every single week, her government does something that’s bizarre, counterproductive, or absurd. The most recent and serious blunder, of course, was the nationalization of YPF – but just a few weeks ago, her government tried to ban the importation of books. It wasn’t because they cared what was in the books, it was part of the effort to limit imports in general.

L: I read about that – the excuse was that foreign printers might use ink that could be dangerous. I remember thinking that was crazy, and she does seem to check into hospitals a lot…

Doug: They had to back down on the books. That would have been just too much, to deprive a very literate country of about 85% of books in Spanish and almost 100% of those in other languages. Although it would have been a boon for Kindle – something they probably didn’t even think about. But importing anything to Argentina is a huge hassle these days.

Nationalizing YPF actually make no sense on any basis. She says she did it because the company didn’t invest enough in Argentina – but there’s a reason for that: the current regime has made it very dangerous to conduct any sort of productive business in Argentina. As a result of its policies, Argentina has gone from being self-sufficient in oil and gas – and an exporter – to being an importer. She’s telling everyone that nationalizing YPF will result in more investment in Argentina and hence more production, but that’s a fantasy. Like any national oil company, YPF under its new management is going to be horribly inefficient and riddled with graft and corruption. If they do somehow generate any earnings, they’ll just be wasted by the government on social programs that buy votes but don’t make any lasting improvement in the country.

Of course, YPF started out as a parastatal in the ’20s, so the company has always been a political football. Under Perón it accumulated scores of thousands of unneeded employees. In Argentina they’re called “gnocchis,” after the heavy, doughy, inexpensive pasta that kind of just lies on your plate and does nothing. In fact, Argentines traditionally eat gnocchi on the last day of each month, partly because it’s cheap and money is short at month’s end and partly because it’s a joke about useless government employees. The average guy in Argentina is well aware of how corrupt the system is. It’s why Argentines are always making jokes about themselves – lots of black humor.

On the other hand, there’s an explanation for these actions other than insanity. Rumor in Argentina has it that when Nestor was first elected, the Kirchners had a net worth on the order of ten million dollars. That’s not a lot for a governor…

L: [Chuckles] Yes, what a couple of slowcoaches; any self-respecting Latin-American politician ought to have been able to abscond with at least a hundred million.

Doug: [Laughs] Yes, at least a hundred million. Over his entire term, Carlos Menem is said to have walked away with as much as $15 billion. Why should anyone settle for less?

L: So you’re suggesting that maybe she’s not crazy, but rather a successful political entrepreneur who may yet set a new record at enriching herself at the expense of the people she claims she’s trying to help?