Posted by Offshore and Asset Protection 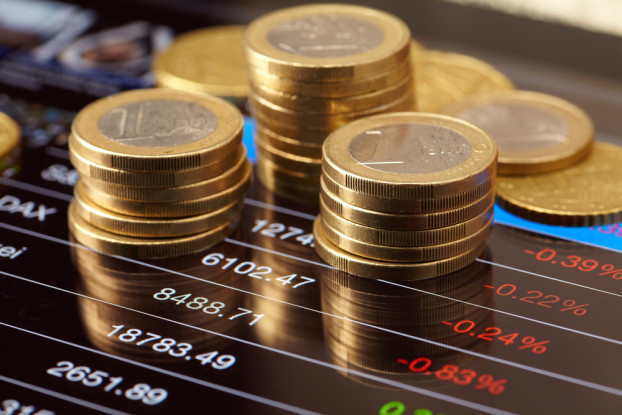 When I was a lad studying economics in between bouts of playing blues guitar, surfing, and drinking fine Namibian lager, professors taught my classmates and me the origins of paper money. Like the beginners we were, we Economics 101 students trusted and believed them.

Years later, when I was a postgrad in Economic History, I learned that my professors were wrong. Their account of the origins of paper money was based on theoretical wishful thinking rather than real world history. When you studied actual events, you found that things weren’t so simple.

My professors believed what they were teaching to be true because it was an elegant and logical explanation, and because their professors had taught it to them. That same trust in elegance and logic characterizes many people today when it comes to owning gold.

The standard explanation of the origins of paper money sounds plausible, but it isn’t the whole — or even the main — story.

In the old days, the wise greybeards explained, money always took the form of a precious metal, usually gold. People would exchange gold coins for goods and services. That meant they had to carry those coins around with them, which was dangerous. So goldsmiths started offering secure storage services for a small fee.

It was a hassle to go to the goldsmith every time you needed to transact, so the smiths started issuing paper certificates of deposit in various denominations. In theory, every piece of this paper was fully backed by gold stored with a smith somewhere, and you could go get it if you wanted. The certificates derived their value from the underlying value of gold.

People used these certificates to transact — and voila, paper money (and banking) was born.

This scenario may have played out in some places, but the historical record suggests that paper money actually rose independently at various times around the world through quite a different mechanism. Paper money (and other forms like cowrie shells and tally sticks) came into being as a way to measure and trade in debt. For long periods of human history, people understood that money was a claim on someone else’s obligation to provide goods or services, not on their gold. They accepted it because they knew that everybody else did the same thing … especially the taxman.

Fast forward thousands of years, and people still confuse paper and metal. This is especially true when it comes to exchange-traded gold funds (ETFs) like GLD.

Like the goldsmiths of old, gold ETFs claim to have gold in secure storage, and sell pieces of paper that they say represent them. These pieces of paper can be traded and vary in price with the underlying price of gold.

At first blush, this seems like a cheap and convenient way to “own” gold. The problem is that in an ETF you don’t own any gold at all.

Most ETFs are organized as trusts. If you read the GLD prospectus carefully, you’ll note that your investment is actually in “fractional, undivided beneficial ownership interests in the trust, the sole assets of which are gold bullion, and, from time to time, cash.” In other words, you own a piece of debt issued by the trust that runs GLD, not gold itself. And some of that debt may represent “cash,” not gold.

Now, you can’t convert that piece of trust-issued debt into physical gold except with the permission of the trust … and that permission is only given if you want to cash out at least 100,000 shares, which are worth about $13 million at the moment. And even then, you don’t have the right to any actual gold; the trust retains the right to substitute “cash” — once again.

Of course, since your interest in the GLD ETF is a “fractional” financial interest in the trusts’ assets, not your own gold, it’s fully reportable to the IRS as a financial account, even if you own GLD shares via an overseas vehicle like an LLC or trust of your own.

And since the GLD trust is structured as a “grantor” trust, you pay taxes on its underlying assets — the gold you don’t actually own — at a long-term holding at a rate of 28%, instead of the 15% capital gains tax you would pay on an equity holding alone, like your share in the GLD trust.

Nobody really knows whether the gold underlying the GLD ETF is all there. They say it is, but it’s stored in a HSBC vault in London along with HSBC’s own gold, as well as metal belonging to others. Who knows how it gets moved around?

“Owning” gold via an ETF is a lot like paper money. It’s basically just a claim on someone else’s debt, just like those ancient forms of money. And just like any other debt claim, you have to take it on trust that it can be fulfilled.

If you’re not in the mood to trust someone you don’t even know, I’d suggest you invest in some real, actual gold.