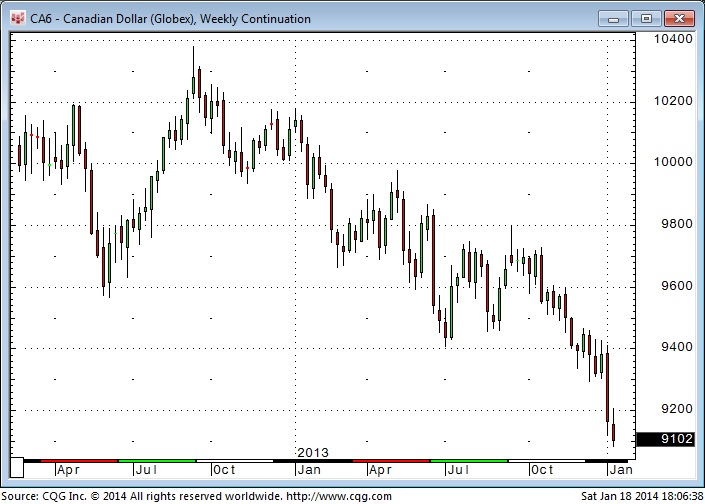 The Federal Reserve has “Rung a Bell” and markets are listening…the recent choppy/indecisive market action is signaling a “sea change” in Market Psychology…and the KEY to this “seas change” is the realization that this is the beginning of a long process that will eventually lead to the Fed tightening monetary policy. This process will be especially meaningful to markets as other central banks remain “accommodative” or “fall behind” the Fed in the tightening process. Don’t fight the Fed.

The Fed’s actions have begun to ripple across all assets. Near term I expect Market Psychology to shift towards a “risk off” attitude…it’s time to take profits and reduce leverage. I look for the USD to do better, stocks to weaken, bonds to rally and gold to rally…if not against the USD then against other currencies and the stock market.  I’m skeptical of markets that have been bid aggressively higher as people reached for yield…or chased momentum…I’m especially skeptical of stocks that have had big gains despite poor (or no) earnings.

Canadians are well aware that the CAD is falling…trading below 91 cents this week for the first time since the summer of 2009…but the fall of the CAD is only part of a broad move down in currencies all around the world as the USD strengthens. Emerging market currencies have been particularly hard hit and…FINALLY…the Euro is weakening…registering a Weekly Key Reversal Down as the US Dollar Index registers a Weekly Key Reversal Up…closing last week at its best level in 4 months. The major US stock indices surged to New All Time Highs into the end of 2013 but so far in 2014 they have gone sideways…despite the widely held view that the rally would continue…that new money would “flood” into the hot stock market…that tapering was “priced in.” The TSE is rallying so far in 2014…outperforming the US market as resource stocks are bid higher. I wrote two weeks ago that the US stock market is “priced for perfection” and I’m looking for an opportunity to get short. Gold is up ~$70 (~6%) from the December lows (when it traded to a 3 ½ year low) while gold shares indices are up ~15%. Gold registered a Weekly Key Reversal Up over the end of the year and MAY have established a double bottom with the lows made in June 2013. A close above 1275 would be an indication that a bottom MAY have been made.

It’s interesting that gold and the USD are rallying at the same time…perhaps money is “rotating” out of “risky” assets and into “safety” assets. Remember gold has fallen by more than 50% against the S+P since Sept 2011…to a 5 year ratio low…such a move might cause a “rotation” from stocks into gold…or gold shares. (Gold shares may also be bouncing from “tax loss” selling at the end of 2013…when they fell to their lowest levels since the crisis lows of late 2008….down ~70% from their 2011 highs…now that’s a BEAR market!) US long term interest rates hit lifetime lows in 2012…(as bond prices hit lifetime highs) with the US 10 year Treasury bond yield at ~1.5% …yields then drifted sideways to higher until May 2013 when they began to move sharply higher…with the 10 year breaching the 3% level in December 2013…its highest yield since the summer of 2011. Since the December highs Treasury yields have declined modestly…despite many analysts calling for the collapse of the bond market in 2014.  The junk / high yield bond market outperformed Treasuries in 2013 (bouncing well above their summer lows while Treasuries did not) as investors reached (paid up…aggressively) for higher yields! What I’m doing in my trading accounts:

Currencies: In my short term trading accounts I’m long the USD and also have short positions against the AUD. I will be looking to ADD to my bullish USD view if the USDX trades decisively through 8150.  In my long term savings accounts I have switched 30% of my net worth from CAD to USD over the past few years at an average rate of around par. I intend to maintain this position.

Stocks: I’m short small positions of the S+P at Friday’s close. The market seems to be struggling…I’m probably early on this trade…it’s been a raging bull market…so  I’ll be gone with a small loss if the markets make new highs…but I’ll certainly look to add to my positions if the market breaks.

Gold: I have no position but I’m watching the closely…it’s been a bear market for over 2 years…it may be turning…the better trade may be to buy gold against other currencies or against the stock market rather than against the USD.

Interest rates: I have no position but I expect bonds to rally if  stocks fall. I’m skeptical of calls for the bond market to collapse…even though I expect interest rates to move higher longer term….if stocks fall and bonds rally because of that I may see the rally as an opportunity to short bonds.

Work with an experienced broker for valuable advice and efficient access to all principle futures and options markets.

PI Financial Corp. and its subsidiaries may, at their discretion, monitor and review the content of all email communications.