Donald Trump vs. Big Government Will he win? How can YOU win? 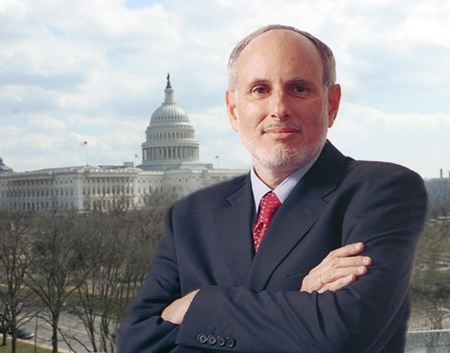 If you think Mr. Trump is just blowing smoke when he rails against Washington’s bloated bureaucracy, you’d better sit down and brace yourself for a series of shocks …

The U.S. government failed the audit on about 34% of its assets.

This is crazy. When you run a public company, if your books are so botched up that your auditors refuse to give you a clean bill of health, it’s the kiss of death. But for the federal government, it’s routine; Uncle Sam has failed his audit in every single one of the past 20 years.

Here’s what’s new: Mr. Trump is the first president since Ronald Reagan with an explicit agenda to disrupt the status quo. Will that include a reorg that cleans up the mess? That remains to be seen. But if ever there was a president who has explicitly expressed the intent to tolerate some disruption for the sake of long-overdue fixes, Trump is it.

Shock #2. The messiest department of all: According to the GAO, the U.S. government department with THE sloppiest accounting and THE most waste of all is none other than … the Department of Defense.

This also happens to be one area where Mr. Trump, General Mattis and the Republican Congress are unanimously gung-ho — to invest the most money. But that also raises some urgent questions:

As they move to boost defense spending, will they also tackle the waste at the same time?

If so, what kind of disruptions will be needed to really make a dent?

What will be the impact on major defense contractors?

Will they actually do it?

Trump’s pre-election Tweet against Boeing denotes a keen awareness of the problem. But the nightmarish logistics of cost-cutting indicate that he may first have to focus on the defense build-up, and only secondarily on the complex, time-consuming fixes that are sorely needed.

Shock #3. The government is the biggest enterprise on Earth: Well, maybe this is not such a shock to you. But even though you may be aware of the problem in general terms, it’s still shocking when you consider the numbers:

Needless to say, all this is quite a change from the days of George Washington, when the federal government employed just a handful of people in three small departments — State, Treasury and War.

Can Mr. Trump turn around, stop, or at least slow this massive, centuries-long trend of government expansion? I think it’s possible. But to the degree he can truly shake things up, the side effects are bound to be painful. Shock #4. Unintended consequences: Everyone on Wall Street knows WHAT Trump and Congress have promised to do: They want to get tougher on trade deals, lift regulations, cut taxes, repeal Obamacare, restore the nation’s infrastructure and more.

Everyone also knows WHEN these changes will begin: Soon after Inauguration, just four days from today.

We don’t either. Nor do we need to. Indeed, it’s precisely at times like these that our investment strategies, perfected over decades of political and market turmoil, become such valuable assets.

Larry Edelson, for example, didn’t need a PhD in political science to predict that Donald Trump would win the election. Instead, he used his deep knowledge of historical cycles, based on thousands of years of data, to correctly predict the outcome. Nor did he need a crystal ball to predict the housing bust of 2007, the Great Debt Crisis of 2008, the Fed’s wild money printing of 2008-2016 and every major move in gold since the 1980s. Cycles showed him the way.

This also helps explain why Larry’s subscribers are looking at open gains of 207% in gold bullion, as much as 167% in SPDR Gold Shares, and from 10% to 38% in four related investments recommended just last year, just to mention a few.

Similarly, our editor Jon Markman didn’t need to be an Einstein Fellow to predict when the tech sector would rise or fall. Instead he relied on his robust forecasting model that has proven itself through some of the most disruptive market gyrations of all time. End result: Overall portfolio growth of more than 25% in 2016, including all losing trades.

Better yet, right now, after years of testing and validation, Jon has just launched a new investment approach based on a trading technology developed in the 1930s by one of my father’s contemporaries — Jesse Livermore. Until now, no one, not even my father who tracked his trades in real time, was able to decode Livermore’s timing indicator. But Jon has. Meanwhile, our editors Boris Schlossberg and Kathy Lien use a simple device that was created 354 years before boomers like Mr. Trump (and me) were born: The Gregorian Calendar.

I could fill volumes with these success stories. And I could also tell you a story or two about editors who sometimes go through slumps. But suffice it to say that all of us at Weiss Research are completely ready for the indisputable outcome of the Trump presidency:

The incoming administration will shake Washington and Wall Street to its core. It will precipitate a sea change unlike anything in living memory, sometimes for the better, sometimes not, driving some markets sharply higher, others sharply lower.

I repeat: Many people can tell us WHAT the Trump presidency will change and even when those changes will begin. But we are among the very few who can tell you with disciplined objectivity and relative confidence, how to deal with the impact — on stocks and stock sectors, interest rates, gold and silver, foreign currencies, options, plus much, much more.