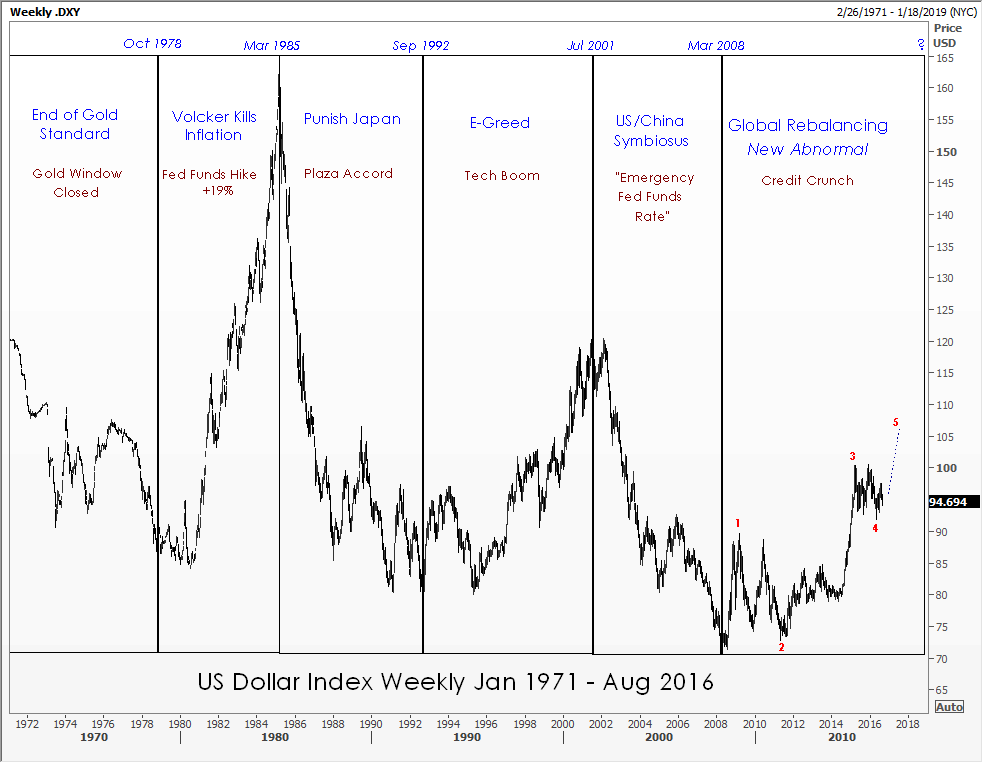 Quotable
“Well, you can just stop and think of what could happen if anybody with a decent system of government got control of that mainland. Good God.… There’d be no power in the world that could even—I mean, you put 800 million Chinese to work under a decent system… and they will be the leaders of the world.”

Commentary & Analysis
Dollar Retrospective Chart 1971-2016: Next Major Cyclical Driver?
Here’s a retrospective and, hopefully, some perspective on the drivers of the long-term trends in the US dollar index in the era of free-floating after President Nixon closed the gold window on August 15th 1971 and rendering the Brenton Woods system to the dustbin of history.  I have added the major macro (blue) events and more specific triggers (maroon) that led to multi-year trend changes; i.e. bull and bear markets, in the dollar.