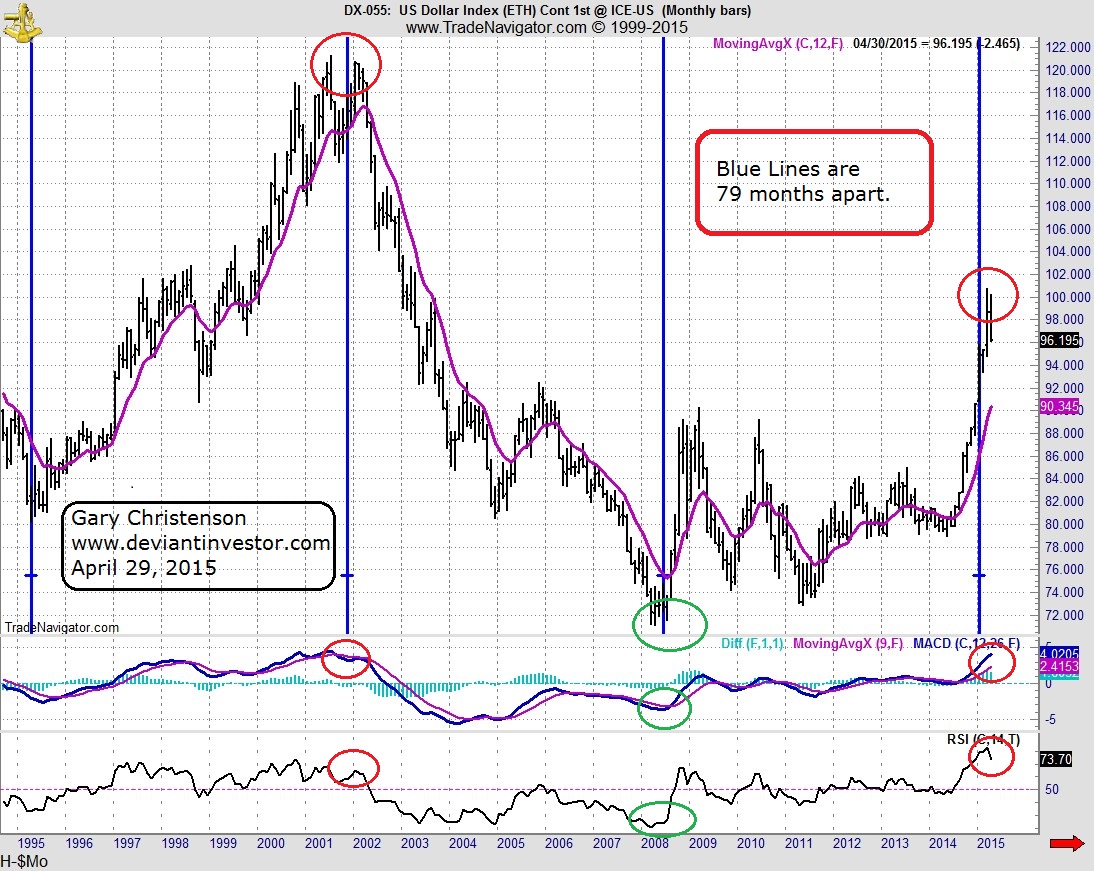 The US dollar has been the world’s reserve currency since Bretton Woods – about 70 years.  The power and importance of Middle-East oil and the US economy and military have supported the dollar for about 40 years.  Quick story:

The process works exceedingly well for the US since, as Bernanke noted, we have a printing press and can “print” the dollars to pay for oil and other imported goods.

But how much longer can the US maintain this dollar support process?  Consider:

For a long term perspective, examine the monthly chart of the dollar index. For an intermediate term perspective, examine the weekly chart. What I see in the charts:

The monthly dollar index has moved too far and too fast.  Further, major turns in the dollar are often associated with turns in the S&P and general economic activity.  Be cautious.

The weekly chart of the dollar index (April 29) has broken the up trending red support line, as I have drawn it.  This could be the start of a major dollar index downturn.  Be cautious.

Could the dollar index strengthen and rally further?  Almost anything is possible in central bank managed currency, bond, and equity bubbles, but this looks like a danger zone for the dollar.

“Boston Fed Admits There is No Exit”  If the Fed can’t exit QE and has to “print” to infinity (“QEfinity”) that indicates long-term weakness ahead for the dollar.

“Going the Way of the Mayans – End Game of Global Debt Addiction” (Blame the policy makers.)