Does Another Cruel Summer Lie Ahead For Stocks? 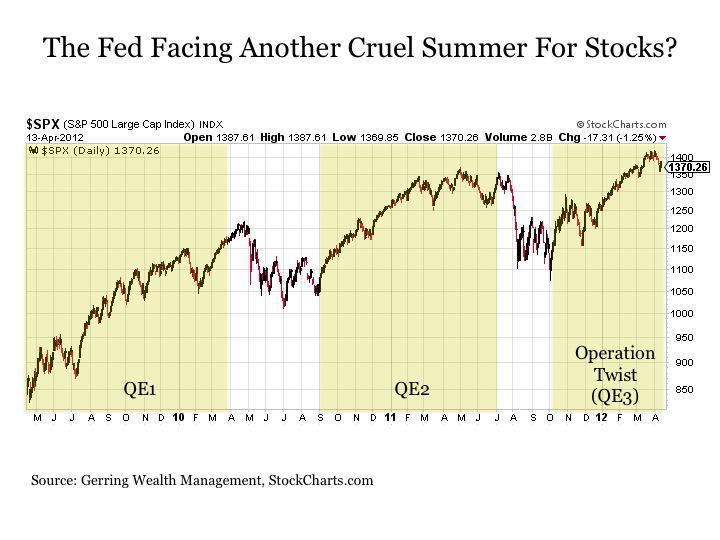 The stock market has made one thing abundantly clear in the early days of the second quarter: It still cannot stand on its own at current levels without the continued support of additional stimulus from the U.S. Federal Reserve. And with the latest Fed stimulus program set to end in June, it may be shaping up to be another cruel summer for stocks.

It all began on April 3 with the release of the latest Fed minutes from the March Open Market Committee meeting. Although nothing was included or discussed that we haven’t already heard from the Fed many times before over the last several years, the market decided that the key take away from the latest minutes was that no further quantitative easing would be coming from the Fed any time soon. Stocks (SPY) immediately recoiled on the news, sliding lower for the remainder of the holiday shortened trading week. Then came the disappointing employment numbers on Friday and the uneasy response by investors once the stock market reopened early this past week. All of the sudden, the additional Fed stimulus that so many had concluded was off the table merely one week earlier was all of the sudden back on once again.