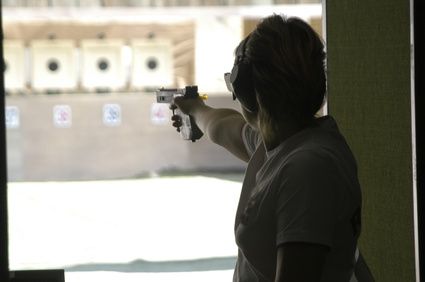 When the only people who where packing guns were crooks, and law enforcers, it was relatively low risk for criminals to commit crimes against unarmed citizens. These new studies seem to suggest the bad guy’s have been moving towards other occupations since their risk has naturally soared right alongside skyrocketing citizen gun ownership….

“A couple of new studies reveal the gun-control hypesters’ worst nightmare…more people are buying firearms, while firearm-related homicides and suicides are steadily diminishing. What crackpots came up with these conclusions? One set of statistics was compiled by the U.S. Department of Justice. The other was reported by the Pew Research Center.

According to DOJ’s Bureau of Justice Statistics, U.S. gun-related homicides dropped 39 percent over the course of 18 years, from 18,253 during 1993, to 11,101 in 2011. During the same period, non-fatal firearm crimes decreased even more, a whopping 69 percent. The majority of those declines in both categories occurred during the first 10 years of that time frame. Firearm homicides declined from 1993 to 1999, rose through 2006, and then declined again through 2011. Non-fatal firearm violence declined from 1993 through 2004, then fluctuated in the mid-to-late 2000s.

And where did the bad people who did the shooting get most of their guns? Were those gun show “loopholes” responsible? Nope. According to surveys DOJ conducted of state prison inmates during 2004 (the most recent year of data available), only two percent who owned a gun at the time of their offense bought it at either a gun show or flea market. About 10 percent said they purchased their gun from a retail shop or pawnshop, 37 percent obtained it from family or friends, and another 40 percent obtained it from an illegal source.