Deutsche Bank to Initiate the Next ‘Financial Crisis’! 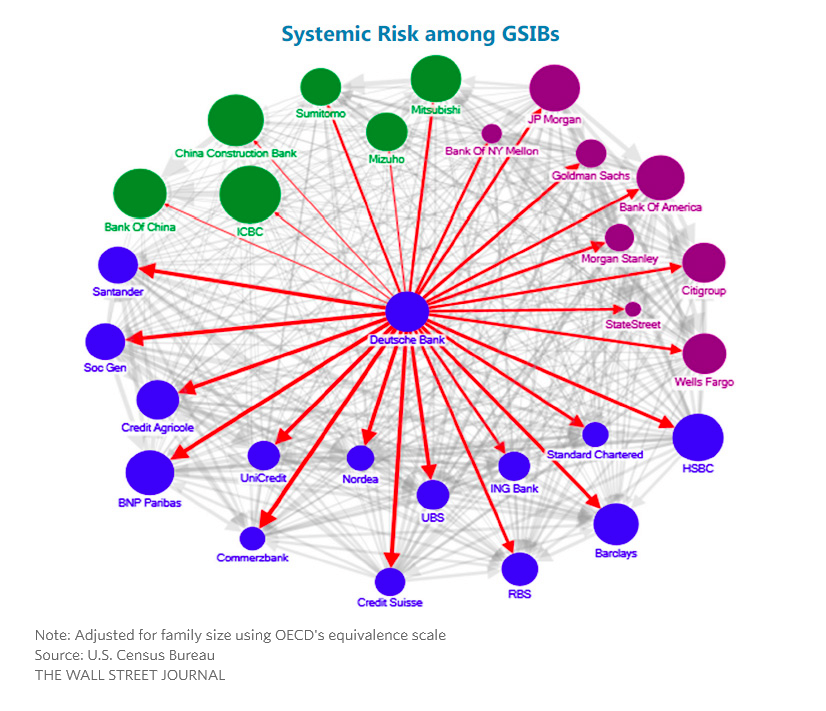 I am certain that you remember Lehman Brothers and the “chaos” that it created when it ‘failed’. If you think that the Worlds’ Central Banks are now wiser and consequently will not allow another similar event to occur, think again. We will not only see a repeat of this occurrence, again, but it will be exponentially larger than Lehman’s was!

On June 29th, 2016 the IMF stated that “among the [globally systemically important banks], Deutsche Bank appears to be the most important net contributor to systemic risks, followed by HSBC and Credit Suisse,” reports The Wall Street Journal.

However, if you were to believe that statement, why should you be concerned about a German bank and how it will affect you while living in the U.S.? The IMF adds: “In particular, Germany, France, the U.K. and the U.S. have the highest degree of outward spillovers as measured by the average percentage of capital loss of other banking systems due to banking sector shock in the source country,” reports Bloomberg. The chart below clearly shows the systemic risks emanating out of a Deutsche Bank (DBK) collapse. Two years in succession, the American unit of Deutsche Bank has failed the FED’s “stress test” which is what determines the ability of the bank to weather out yet another ‘financial crisis’.

Leverage of Lehman vs. Deutsche Bank: