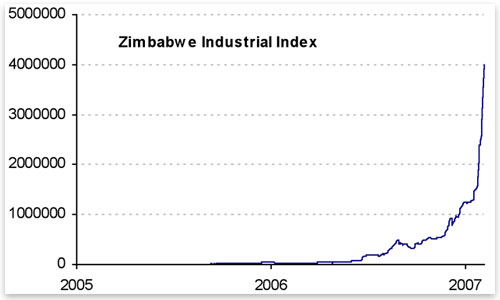 Crude Oil: Certainly a supply side story as fracking expands into all oil producing countries. Stock Market: Thinks we are zooming into the “Zimbabwe-isation” of the global capital markets.
Currencies: Euro down, all dollars strong relative, especially the US Dollar

Anytime you get the chance to find out what Dennis Gartman is doing in the markets it’s a moment to seize. This is a man who is passionate about markets, waking up at 1am EST every day for 29 years to prepare his Daily market letter for publication at 5am EST. Dennis has more than 10 of thousand professional traders who take his letter every day.

Recently Money Talks interviewed Dennis. Here are had two really unique views, one on crude oil,  the other on the stock market. First:
Crude Oil: It’s a Supply Story
“Fracking has changed the world, there’s not a question about that. We continue to find frackable lands here in the United States, Apache just announced a huge new find in Southwest Texas that they think might have as many as two billion recoverable barrels of crude oil.
If you think the United States is the only place allowed to have frackable land ‘you’re naive’.
There’s trackable land to be found everywhere around the world. Argentina just announced a huge new find of frackable capable oil that may have 2-3 billion barrels of crude. If argentina has frackable land, Canada, Saudi Arabia Arabia, Australia and Russia will prove to have a frackable land.
All will be the beneficiaries of the economies of scale that American frackers have learned on their own driving the cost of production down. Let’s say four years ago good fracking land probably required 70-75 dollars per barrel to make it profitable. Now you can produce crude oil at 18-20 dollars a barrel, and that will be even lower next year”
Better technologies can’t be anything other than bearish. The usage of crude oil is steadily downward. My first car was a 1965 plymouth valiant that got 7 miles to the US gallon. New cars nowadays get 30-35, even 40 miles to the gallon. Five years from now they’ll be getting 50 miles per gallon.”
“We are finding more crude, we are using it more efficiently, so the world I think is going to be abundantly supplied with crude over the course of the next 20 years.. That can’t be anything other than bearish for the crude oil market.”
The Stock Market Big Picture
Dennis told us he doesn’t like the stock market. He thinks that stock prices are extremely high, extremely overpriced. He likes cash. In an original view, he thinks:
“the propensity on the part of economic activity to increase, will put downward pressure upon stock prices because money will move from the capital markets into plant, equipment and employment. I think that alone is going to be detrimental to share prices”
Well since the Fed’s latest pass on raising rates, Dennis just spelled out an interesting view 3 days ago:
“we are it seems to us, entering the period we shall call the “Zimbabwe-isation” of the global capital markets and we say that with all sincerity… and requisite trepidation… recalling that the Zimbabwe stock market led the world to the upside several years ago as the central bank there lost all control of its money supply and created a massive, rampant inflation that sent the Zimbabwe dollar into oblivion, but sent the Zimbabwe stock market soaring at the same time”
“We are there now, it seems to us, in the stock markets of the advanced world, with the monetary authorities continuing their expansionary policies and with “money” fleeing into the stock markets.
This will end badly of course, These things always do, but that point may be months… perhaps even years, or maybe only days… away. Until then, the music’s still playing; the champagne’s flowing and as Wayne and Garth used to say, “Party on!”
A Quick Note on Currencies:
Dennis thinks the euro is is going to get demonstrably weaker against the US Dollar because of the political circumstances in Europe which are as fractious as he has ever seen them.
“Two years ago that we were actually trading the euro above 140 to the dollar, now here we are at 112 and I think we’re heading on our way towards par if not below”
“The European economy itself demonstrably weaker than the US economy, and the political environs more confusing. We have separatist movements starting in a number of countries, we have far-right versus the far left in a manner I haven’t seen in quite a long period of time and the main country of Europe, Germany, is having as many political problems as we have ever seen it having in the past decade or two.”
“So i think that on balance the US dollar, and by extension dollars generally, the Canadian, the Australian and the New Zealand will do demonstrably better than the euro over the course of the next six months to one year. Even going forward  two years I think the dollars will get stronger.”
Dennis’s 29 years of writing The Gartman Letter has a bit to go to match Richard Russell’s continuous writing on the markets for 57 years. Who knows, Dennis might make it as there no doubt about his enthusiasm!