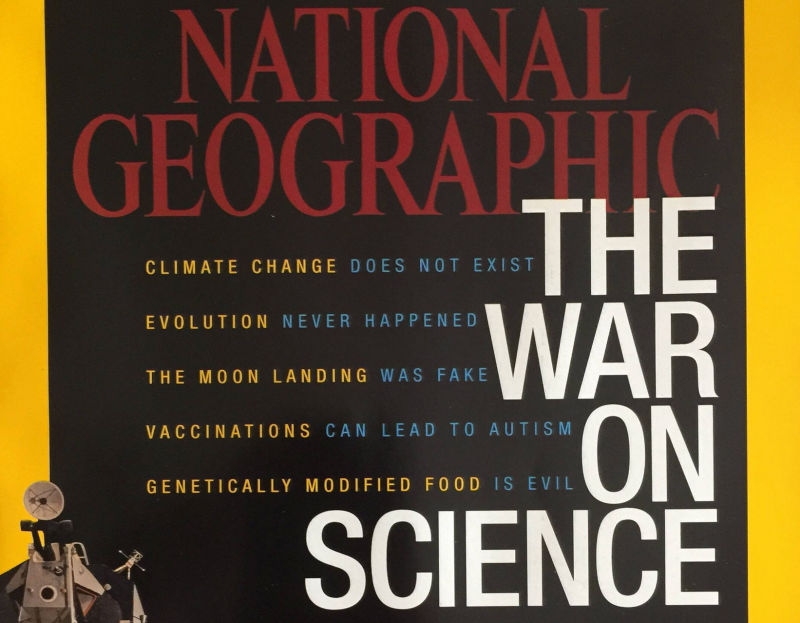 It wasn’t until a couple of years ago that the full meaning of today’s usage of the term “Denier” got through to me. Of course, the Left’s connotation has been the accusation that anyone who would deny catastrophic anthropogenic global warming would also deny the Nazi holocaust.

This is just plain nasty, and unsupportable.

Political Correctness is the most versatile authoritarian dogma ever invented. There is no limit to its intrusion. Anything the Left does not approve or like can be condemned. Imposition of power does not depend upon any rigid concepts in political or religious theories.

Skepticism has been the foundation of science and the Left condemns it as “denial”.

Anything old is revised, anything new is attacked. As the saying goes, “Orwell was right but got the date wrong”.

Some Earth-scientists would respond to the fervent message about Global Warming with “It’s been warming since the end of the last Ice Age. What’s your problem?” Finding this dismaying, climate politicians shifted over to Climate Change. Any weird weather could be blamed upon modern industrial life. The new original sin.

The best definition of an authoritarian system is by modern physicist, Murray Gell-Mann:

“That which is not compulsory is prohibited.”

The evolution from Global Warming to Climate Change is not due to indifference or instruction from Geology. It is a subset of Political Correctness. As far as the “science” goes it ranks with the Earth-centric model of the solar system, alchemy and water-dowsing with a willow wand.

But, back to how could any sceptic be content or even pleased to labelled a “Denier”?

Quite simply, it’s not the first time that science has collided with authoritarian politics.

The most infamous was the Vatican’s insistence that the solar system revolved around the Earth. Denial was heresy and that was a capital offence.

Not yet as infamous is the equally spurious notion that changes in atmospheric CO2 “cause” Global Warming and/or Climate Change. Denial is heretical which must be silenced with ostracism, jailing or as one benighted professor in Europe calls for – the death penalty.

Dr. David Suzuki and Robert Kennedy Jr. want those who disagree with them placed in jail. Even reading this is an offence to the control freaks.

But for thousands of years, skepticism and dissent have been behind the advance of real science. Opposition to this has relied upon the powers of the state to curb independent research. And the state will always chose the dogma that enhances its power.

There have been a number of lengthy and eventually dislocating experiments in authoritarian government. The last one exhausted itself in the early 1600s when regionalism, individualism and practical science began to bypass bureaucratic ritual.

On the religious side, the change was called the Protestant Reformation and this has been the basis of pride in being a “Denier”, or in other usage a small “d” denier.

Those who began to criticize or condemn the corruption of the Catholic Church were small “p” protestors. What else would decades of venal corruption provoke?

Well, Nonconformists and Dissenters may have started without the capital letters, but the main point was opposition to the bureaucracy that had corrupted the Church. The same intolerant bureaucracy also corrupted the advance of science.

As with today, there was state-approved “science” and real-world science.

Francis Bacon is celebrated as the “father” of the scientific method. As he condemned state-sponsored science, he was not popular. He wrote:

“Such teachings, if they be justly appraised, will be found to tend to nothing less than a wicked effort to curtail human power over nature and to produce a deliberate and artificial despair.”

This could apply to today’s promotion that science is what the authoritarians say it is.

“This despair in its turn confounds the prompting of hope, cuts the springs and sinews of industry, and makes men unwilling to put anything to the hazard of trial.[1]

Accomplished historical figures were proud of their denial of authoritarian science and so should “Deniers” be today.