Deflation picking up even more momentum … 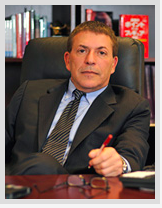 Some analysts seem to think inflation is making a big comeback. Their reasoning: Interest rates have started to move higher, hence, inflation is lurking out there.

But they’re clueless. They are confusing declining bond prices (rising interest rates) with normal times — and the world is about as far away from normal times as I am of becoming the next Pope.

Yes, interest rates all over the globe are starting to rise, and bond prices are sliding — most notably in Europe.

But that doesn’t mean inflation is coming back. It’s not. In a minute I’ll show you the evidence as to why.

Interest rates are rising and bond prices are falling because the SOVEREIGN DEBT CRISIS is rapidly approaching.

That final point in time — the final reckoning — where the majority of investors begin to realize that Europe, Japan and the biggest debtor of them all, the U.S., are patently bankrupt … will never make good on their debts …

And instead, will do everything they can to chase, track, tax and seize your wealth to help them keep their heads above water. Which is precisely why the Western socialist governments of this world — Europe, Japan and the U.S. — are all acting like caged animals …

Raising taxes, throughout Europe … a new proposed second hike in the sales tax in Japan … Obamacare here and behind the curtain in Washington, even more income tax hikes coming.

Spying on citizens — yes, it’s still going on. To track your money, to tax it more, and not too far in the future, to nationalize and confiscate it.

Enacting extensive capital controls throughout Europe, where in France, for instance, you can no longer conduct any business in cash, and where you cannot take out of the bank more than 1,000 euros at a time. Similar controls exist now in Greece, Cyprus, Italy and even Spain.

Where economists like Harvard University’s Ken Rogoff and Citibank’s Willem Buiter are traipsing the globe telling governments it’s time to abolish cash and replace it with electronic currency.

And where governments are now so wrought with troubles that financial repression of their people is not enough and instead, they are moving to distract them by playing games with other countries.

Hence, the rising tide of wars around the world, from terrorism to outright international conflict. Where just recently Ukraine’s President Petro Poroshenko warned his country to “prepare for a full-scale Russian invasion.”

Where China is ready to duke it out with Japan and other countries, including the United States, in the South China Sea.

Where the number of separatist, anarchist and neo-Nazi groups in Europe are at an all-time high.

This is NOT the stuff of solid economic growth
and certainly not a formula for inflation.

To the contrary, it is the stuff of dying empires …

Of deflationary contractions. Of hoarding and burying wealth.

So much so that stock and commodity market trading volumes are less than half what they were in 2007 and 2008.

Yes, all these things will eventually positively impact gold. But not because of inflation. But because empires of the West are dying.

If you don’t believe the picture I paint for you above, as to the evidence that there’s no inflation, all you have to do then is simply look at the facts on the ground …

The year-over-year change in U.S. retail sales peaked way back in July 2011, and has been declining ever since.

U.S. consumer confidence, measured by the widely respected polls of the University of Michigan, remains well below its peak in 1999.

Quarterly U.S. GDP has been in declining mode since 1999 and this year’s first quarter GDP declined a whopping 0.7 percent.

U.S. industrial production has declined since June 2010, with factory orders plummeting for eight straight months including a 0.4 percent decline in April.

Those are just the gross economic figures that support the fact that there is no inflation on the horizon. Now turn to the markets, and the most inflation-sensitive of them all… commodities.

Silver too is cracking, now dangerously positioned to fall below $14.50, then even lower.

Copper is starting to slide once again, falling to the $2.70 level, with lower prices ahead.

Platinum and palladium, both weak at the knees.

Oil, unable to get back above $65 a barrel, and now poised to move lower again. Natural gas, barely above multi-year lows.

The grain markets, all weak. Soybeans, sliding. Corn and wheat, ready to slide again from multi-month and multi-year highs.

The U.S. dollar, near multi-year highs and about to take off like a rocket again. In itself, a major deflationary warning.

Prepare for inflation, as these blind analysts would have you do, and you will be on the wrong side of the markets.

Prepare for more deflation with inverse commodity ETFs and the like, and by staying invested in mostly U.S. dollars where they will buy you more and more over the next several months …

And you will protect and grow your wealth.

And last, but certainly not least, when the time is right — not too far off in the future …

You will be able to buy gold and silver on the cheap, when everyone else is dumping them …

Not recognizing that the real crisis is in government, which is when gold and silver truly shine.

I rest my case.