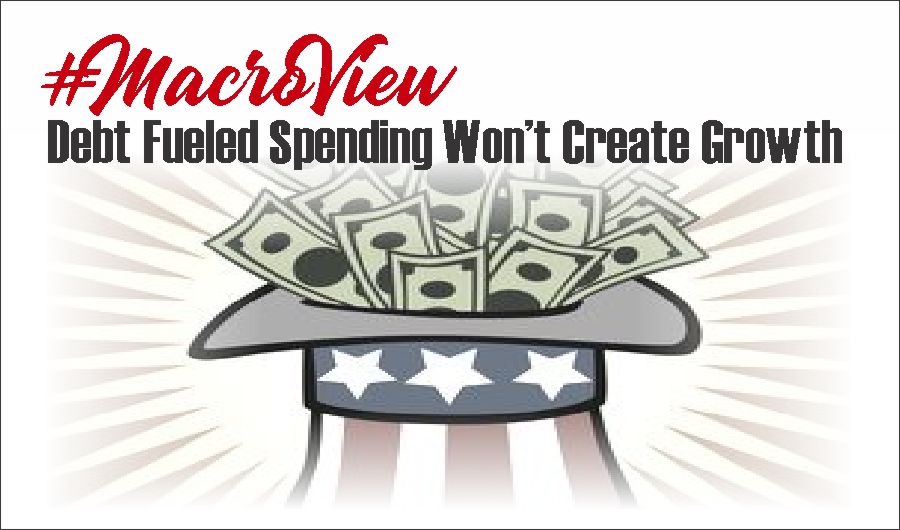 As the economy shut down in March of last year due to the pandemic, the Federal Reserve flooded the system with liquidity. At the same time, Congress passed a massive fiscal stimulus bill that extended Unemployment Benefits by $600 per week and sent $1200 checks directly to households.

In December, Congress passed another $900 stimulus bill extending unemployment benefits at a reduced amount of $300 per week, plus sending $600 checks to households once again.

Now, the latest iteration of Government largesse comes in a solely Democrat supported $1.9 trillion “spend-fest.” Out of the total, only about $900 billion goes to consumers in the form of $400 extended unemployment benefits and $1400 checks directly to households. The remaining $1.1 trillion will have little economic value as bailing out municipalities and funding pet projects doesn’t boost consumption.

Economists estimate the latest stimulus bill could add nearly $1 trillion to nominal growth (before inflation) during 2021. While such a surge in growth would be welcome, it represents just $0.50 of growth for each dollar of new debt.

Such a high growth estimate also assumes that individuals will quickly spend their checks in the economy. The hope is that as vaccines become available, individuals will unleash their “pent-up” demand from the last year.

While that could indeed be the case, there are also other facts to consider.