Gold & Silver “Risks For The Next Couple of Months” 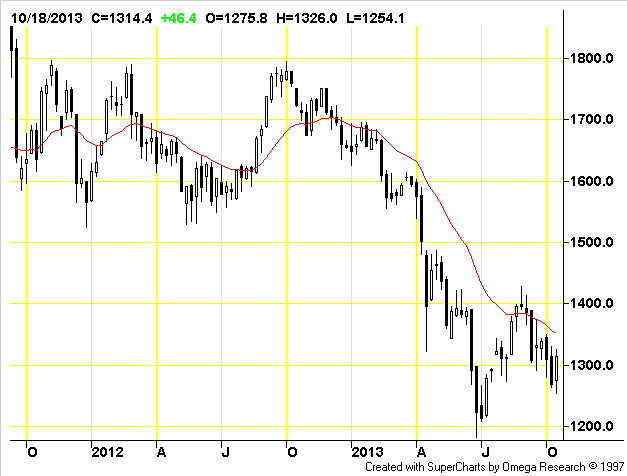 So where do I go for answers? When Michael Campbell asked that question a person he immediately thought of going to was David Bensimon as during an interview in October 2012 David forecast an immediate top for Gold at $1800 and sizable 20% drop to reach $1440 in mid-February. Gold did reverse right at $1800 and fell more than 10% over those 4-5 months. David then stated in his quarterly report to clients that the remaining distance from $1600 to $1440 was coming very soon with a possible extension to $1280, and Gold promptly collapsed all the way to 1320 in April. Back in October David also projected Silver to fall a dramatic 40% to $21 when most others were bullish. It took a bit longer than his February date, but Silver fulfilled his price target in April. [PolarView Special Report on Gold , April 2013]

Michael Campbell: Let’s just start very quickly here with all their shenanigans thats been going on in Washington, obviously the world was watching it, but to me it was a lot of much ado about nothing. How does that factor in to your kind of analysis, or do you just say its not important?